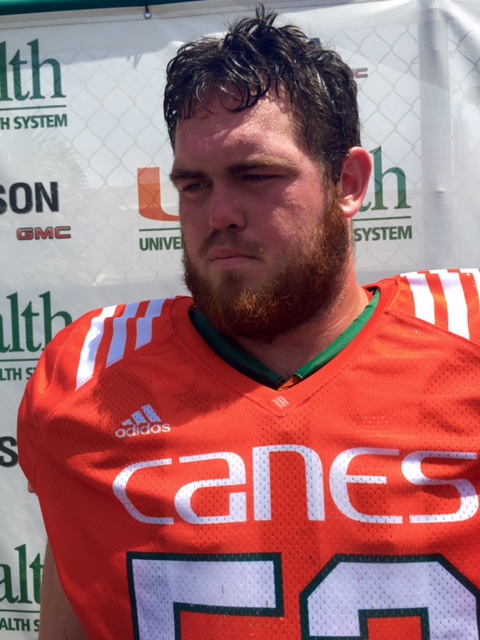 The Miami offensive line did a great job against Virginia last Saturday, with Kc McDermott -- the former left guard who shifted to left tackle to take over for the injured Trevor Darling -- still at left tackle during Tuesday's practice for North Carolina State (5-5, 2-4 Atlantic Coast Conference).

Thus, sophomore Tyler Gauthier stayed at left guard Tuesday, Alex Gall (he got his first start at center at Virginia) was still at center because usual starter Nick Linder had shoulder surgery and is out for the rest of the season and Danny Isidora (right guard) and Tyree St. Louis (right tackle) were at their usual positions.

Darling, who has a knee injury, practiced with the second team.

We don't know how healed Darling is, but either McDermott is still at left tackle because Darling isn't totally healed or he's there because coach Mark Richt liked the new lineup.

Either way, this will be a stout defensive line the Hurricanes (6-5, 3-3) are about to face on the road. The Wolfpack is ranked 23rd nationally in team sacks, 27th in tackles for loss and 20th in total defense (allowing 344.4 yards per game).

The Pack also is ranked fourth in rushing defense, allowing only 99.4 rushing yards a game.

This week will be a tall task for any O-line lineup.

We'll talk to Richt in a bit at his weekly press conference.