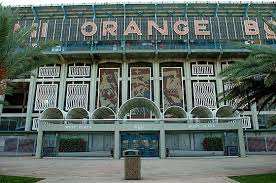 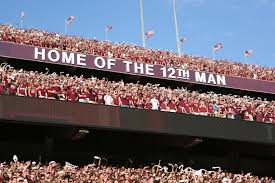 Personally, I love these non-conference matchups against Power 5 teams. Not sure how you all feel.

Our Barry Jackson broke the Texas A&M vs. Miami future matchups earlier this month, but the release the University of Miami just sent out is below the beginning of my game story from the last time Miami played at home against Texas A&M, in the Orange Bowl, on Thursday, Sept. 20, 2007:

The Hurricanes had a collective out-of-body experience Thursday night.

Their fans are probably still floating.

In a performance not seen around these parts for a long, long time, a fierce University of Miami defense finally found its other half -- the offense -- on national television in a rocking Orange Bowl.

Quarterback Kyle Wright completed 21 of 26 passes for 275 yards and two touchdowns and Sam Shields added 117 yards on six catches to lead UM to a 34-17 victory against No. 20 Texas A&M.

"I'm pleased with the victory, " said UM coach Randy Shannon, who was nonetheless upset his third-team defense gave up the final 10 points of the fourth quarter. "[But] it's not all about Kyle Wright. I'm trying to get you guys to understand. It's not Kyle Wright. It's this football team. You take all the receivers -- you take Sam away, you take Lance [Leggett] away, you take all those guys, would it be about Kyle? Understand, this is a team. Kyle did a good job. He gave us the best opportunity to win.

"But let's talk about what the offensive line did tonight, the pass protection, running the football. Let's talk about Sam Shields. Lance Leggett came up with another big play. Darnell Jenkins made some plays. The tight ends caught the ball. It's not all about Kyle, and I'm not going to put it on Kyle."

It was the Hurricanes' second victory against a ranked team in nine attempts since a victory at Virginia Tech in November 2005.

But on Thursday, the Aggies became UM's first unexpected victim since 18th-ranked Boston College in the 2006 regular-season finale. This game, however, was far better for the Hurricanes, who eclipsed 30 points for just the third time in their past 20 games -- and held the nation's sixth-ranked rushing offense to 98 yards.

CORAL GABLES, Fla. – The University of Miami and Texas A&M University announced a home-and home-series for the 2022 and 2023 seasons on Tuesday.

The first matchup of the two-game series will begin on Sept. 17, 2022 when Miami heads to College Station, Texas. The Aggies will return to Miami on Sept. 9, 2023.

“These games will provide a tremendous opportunity for our student-athletes, coaches and fans to compete at home against a top program and to experience a fantastic gameday environment in College Station,” said Deputy Director of Athletics Jennifer Strawley. “I am thrilled that we were able to finalize a series against an outstanding program like Texas A&M.”

The first game was held in 1944 in Miami with Texas A&M defeating the Hurricanes.