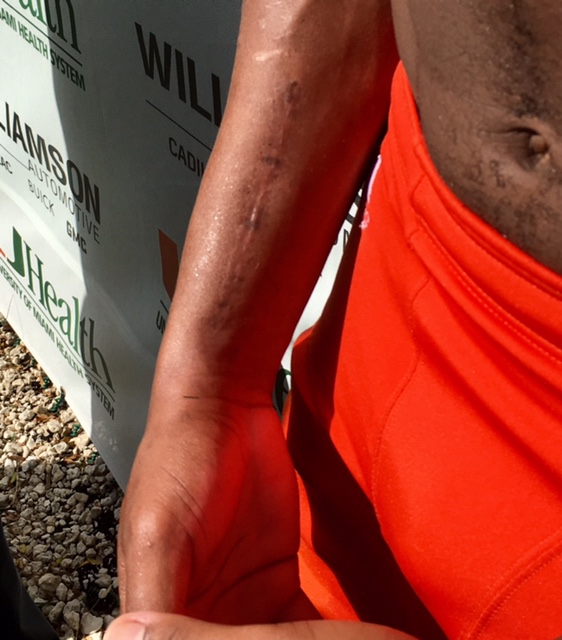 He began his career as a Texas Longhorn safety and has ended it as a Miami Hurricane cornerback.

University of Miami graduate transfer Adrian Colbert has had his share of challenges along the way, but has persevered, overcome them and is expected to play against West Virginia in the Russell Athletic Bowl despite undergoing two unrelated surgeries this season. 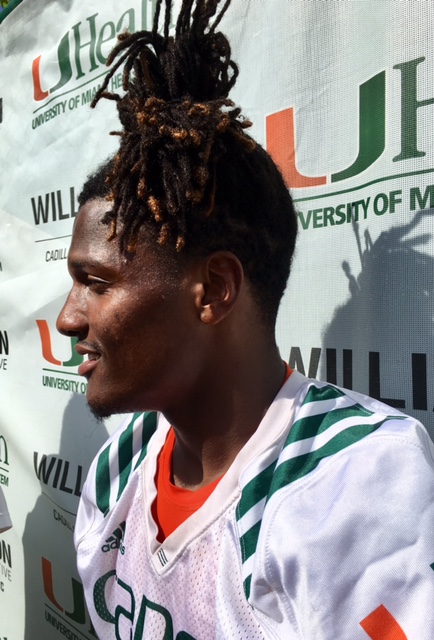 "It's been great, phenomenal,'' Colbert said of his season in Coral Gables. "I can't say anything bad about my experiences. I've had the trials with being injured twice in the season and only being able to play possibly six games. But I've cherished every moment I've been out here. Every day. It's been a blessing with this staff and these players."

Thanks to an exceptional attitude and intensive rehabilitation, Colbert is back, and he has the scars to show it, including a long one on that forearm.

"It was just repetition, repetition and just grinding it out and enduring the pain that I was suffering that whole time of [physical therapy]. It builds character. I got a bunch of scars and it all tells a story and it's just a blessing from God that I could come back from so many injuries that have been critical in my life.''

"I don't see any reason why he won't play,'' Richt said. "I know Adrian kept his mind in it the whole way. He kept in condition the whole way. He was working very hard from the very beginning to play in this game. He knew the timeline would allow him to, if he was ready.

Colbert was asked what the bowl game means to him. This season, in six games played and three started, he had 18 tackles, 1.5 tackles for loss, an interceptions and three pass breakups.