« Double scoop of UM hoops today... | Main | Adrian Colbert thankful to be back, and Canes thankful to have him for bowl game » 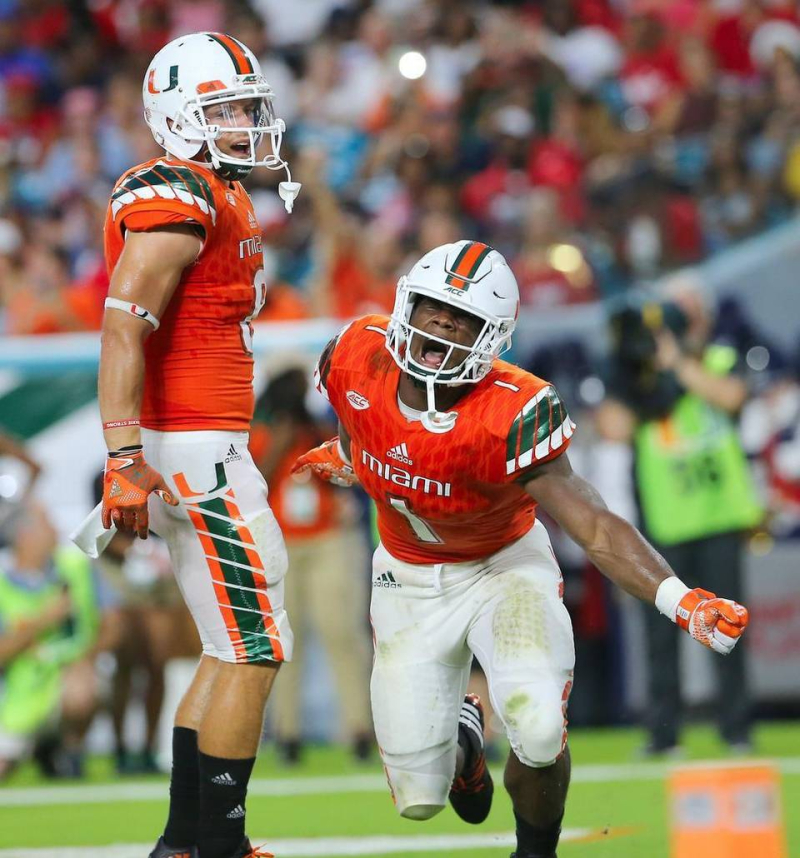 Not only did sophomore running back Mark Walton win the University of Miami’s Most Valuable Player award, his 55-yard sprint down the middle for a touchdown in UM’s 51-28 victory against Pittsburgh was named the top play of the regular season.

The Hurricanes (8-4), who will begin practicing Thursday for their Dec. 28 matchup with No. 14 West Virginia (10-2) in the Russell Athletic Bowl, had their Canes Football Awards Show on Sunday night at the Maurice Gusman Concert Hall inside the Frost School of Music.