If I'm a University of Miami football recruit's mom or dad, I like this very much... 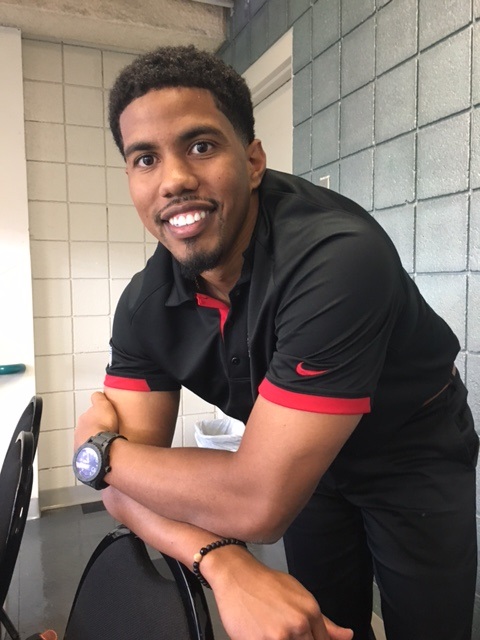 This is great stuff.

Kudos to Al Golden and Randy Shannon, as well as the UM staff (not just coaches) that surrounded them.

Above is A.J. Highsmith, who was a true freshman in the 2009 class and is now a pro personnel scout with the San Francisco 49ers. He's the son of UM great Alonzo Highsmith, and they're both smart dudes. I took the photo last week at the Duke game.

Here's the release the Hurricanes distributed:

The University of Miami football program will receive the American Football Coaches Association’s 2016 Academic Achievement Award at the Honors Luncheon on Jan. 9 at the 2017 AFCA Convention in Nashville.

“I celebrate this award with our great University and the 15 young men that achieved it,” said Associate Athletics Director for Academic Services David Wyman. “This award is a testament to their leadership, excellence and dedication toward completing their educational journey.”

This year’s award marks the ninth time the NCAA’s Graduation Success Rate (GSR) formula has been used to select the winner. From 1981 to 2007, the award was presented based on a formula used by the College Football Association and AFCA.

Since 2008, the criteria for the AFCA’s Academic Achievement Award is based on the highest NCAA GSR, at least 15 students in the GSR Cohort, and a Federal Graduation Rate of 75 percent or better.

The Academic Achievement Award was established by the College Football Association in 1981. The award recognized the CFA-member Football Bowl Subdivision institution with the highest graduation rate among members of its football team. When the CFA disbanded in 1997, the AFCA stepped in to present the award and conduct a graduation rate survey that encompassed all members of the FBS.

The GSR is based on a six-year graduation window for student-athletes which is a change from the five-year window used by the CFA and AFCA. The GSR was developed by the NCAA as part of its academic reform initiative to more accurately assess the academic suc­cess of student-athletes. The GSR holds institutions accountable for transfer students, unlike the federal graduation rate. The GSR also accounts for midyear enrollees.