« No raw deal: Vegan Dinner at Basil Park impresses with its plant-based delicacies | Main | These little piggies brought home the bacon at Swine & Wine at the Biltmore » Paula Deen, who had a far fall from grace after a discrimination lawsuit nearly derailed her career, has spent the better part of the past few years trying to redeem herself. And she's done so by taking her Southern charm and self-deprecating humor to extreme heights, like when her pants fell down while she was on stage at the 2009 South Beach Wine and Food Festival.

This year, she's up to her crazy antics again: She fondled her breasts on stage Sunday during a cooking demonstration at the Grand Tasting Village. She started as a cooking assistant for her son Bobby Deen, but momma soon stole the show when she began hamming it up for the crowd.

"Would you like to meet my meat?" she asked, referring to celebrity chef and muscle man Robert Irvine. "He let me ride him -- twice." (That happened at last year's fest.)

The wide-eyed crowd ate it up. 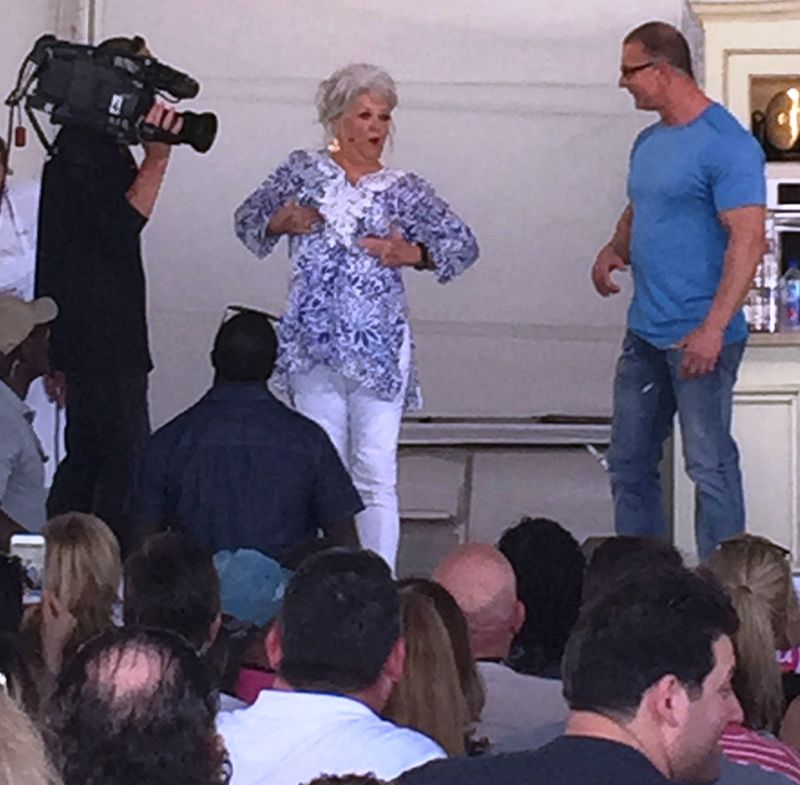