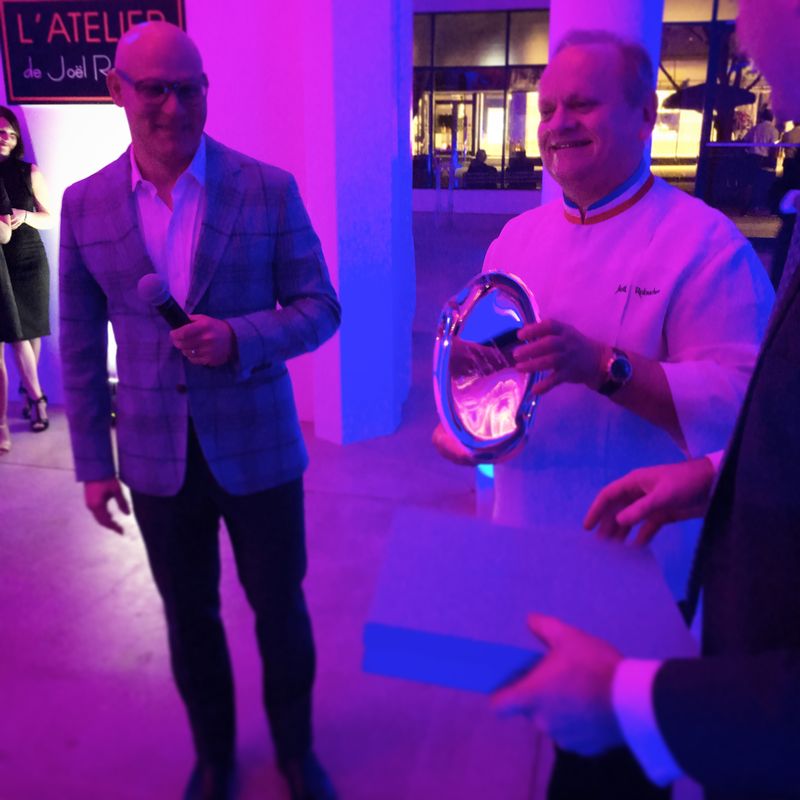 Miami Design District developer Craig Robins presented legendary chef Joël Robuchon a silver plate before the chef's $1,500-a-head dinner at the Moore Building on Friday, a marquee event of the 2016 South Beach Wine & Food Festival. The meal served as a preview for Robuchon's L'Atelier, one of several restaurant projects that the most Michelin-starred chef in the world is bringing to the Design District in 2017 along with partners Invest Hospitality. Festival founder-director Lee Brian Schrager welcomed the crowd of about 150, who supped on a four-course meal paired with vintage Champagnes. Platters of petit fours, macarons and other sweets capped the evening.

What worked: Everything came together seamlessly -- no small feat with so many moving parts, including chefs and ingredients being flown in from various parts of the world. Robuchon and team made sure every sauce, loaf of bread and composed plate looked and tasted just as they do in their Michelin-starred restaurants worldwide.

Quote of the night: "It smells like a giant truffle in there." Festival founder-director Lee Brian Schrager after a walk-through of Robuchon's temporary kitchen. Craziest thing we saw: As striking as the food and Champagne were, we also marveled at the catering staff, who presented full-French, white-glove, captain-led service. A rarity in Miami. Just perfect. 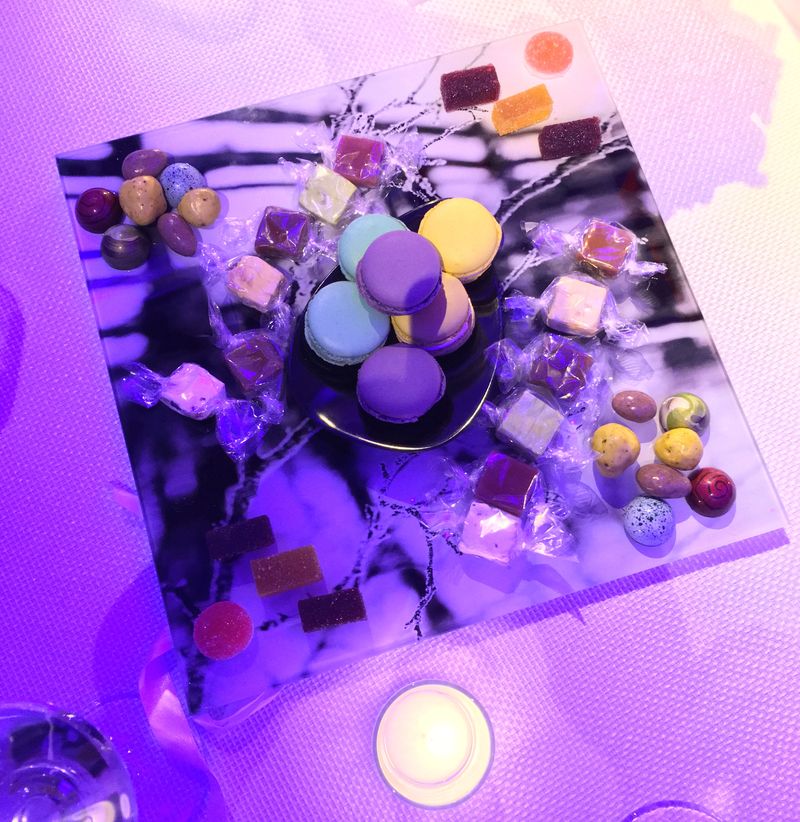