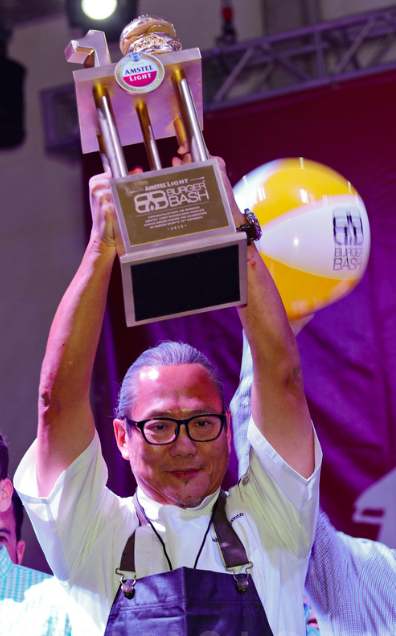 Chef Masaharu Morimoto, best known as an Iron Chef from the popular TV cooking shows, won his greatest battle on a chilly Friday night, besting 25 other chefs to win the People's Choice award at the Amstel Light Burger Bash, which was celebrating its 10th anniversary at the South Beach Wine and Food Festival. The winning dish was a Menchi Katsu burger (panko fried burger on a Martin's potato roll) with a side of Morimoto kimchi. 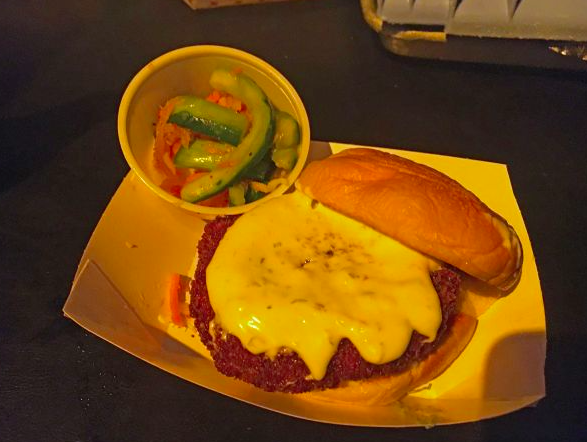 (This crispy-on-the-outside patty was breaded a la the traditional Japanese katsu style and fried until golden. Photo: Food Network) 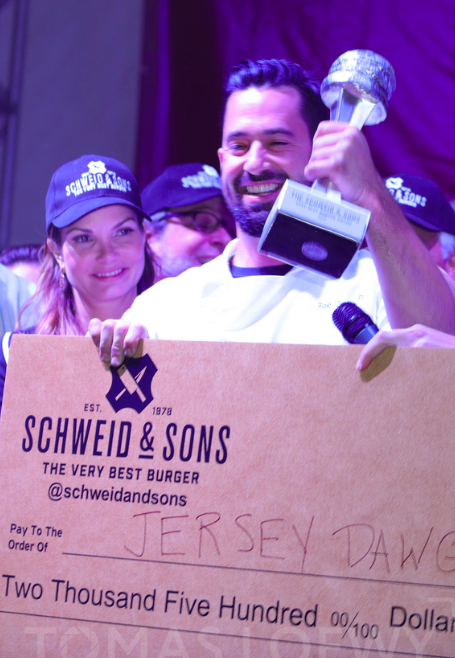 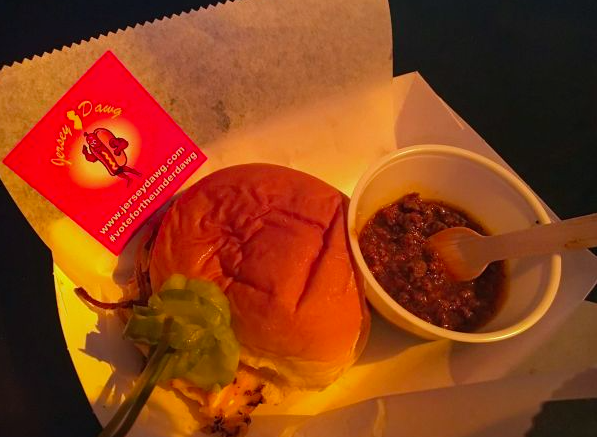 (The Miami-based eatery’s Classic Slider, featuring a subtle sweetness thanks to the onions, was rounded out with a meaty chili on the side. Photo: Food Network) 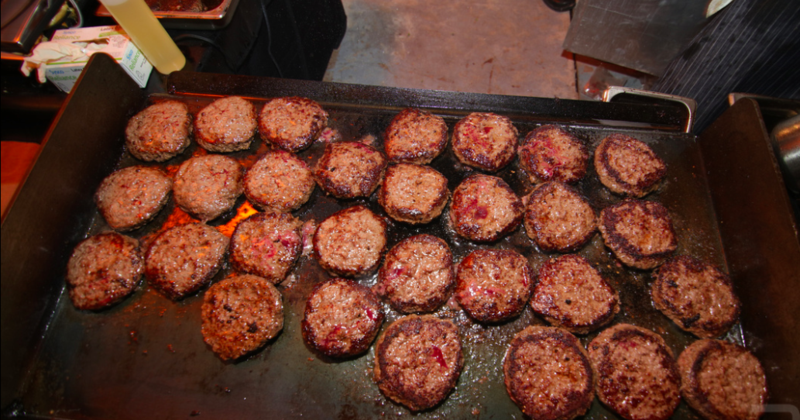 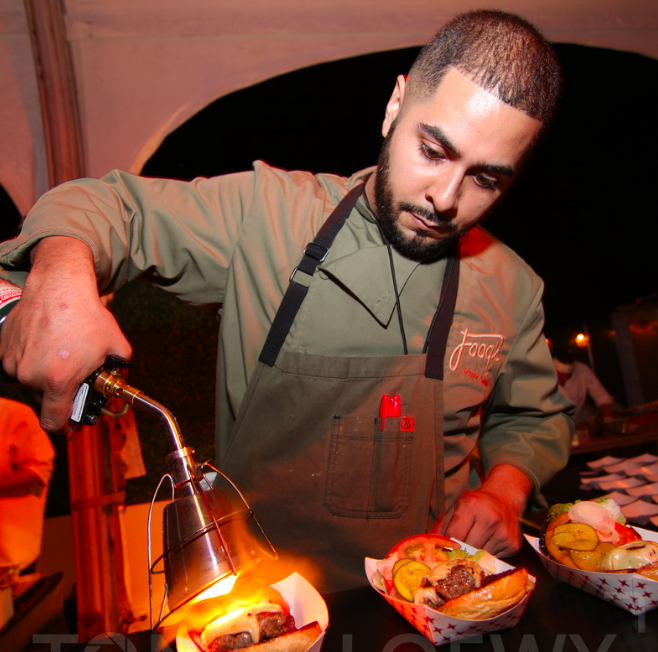 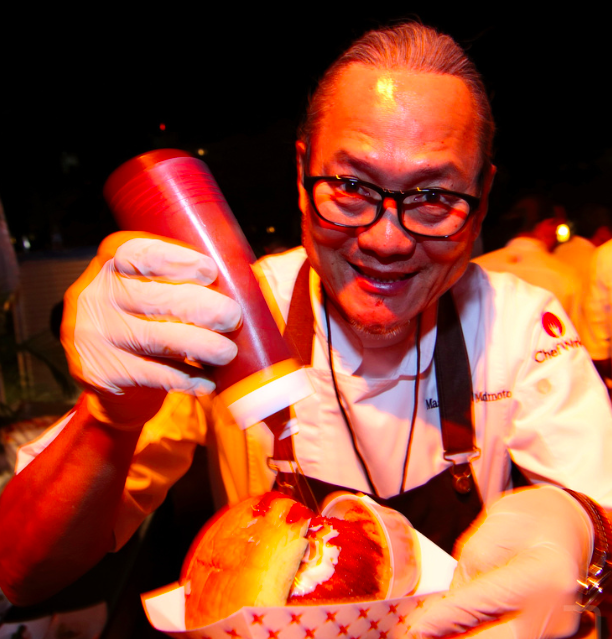 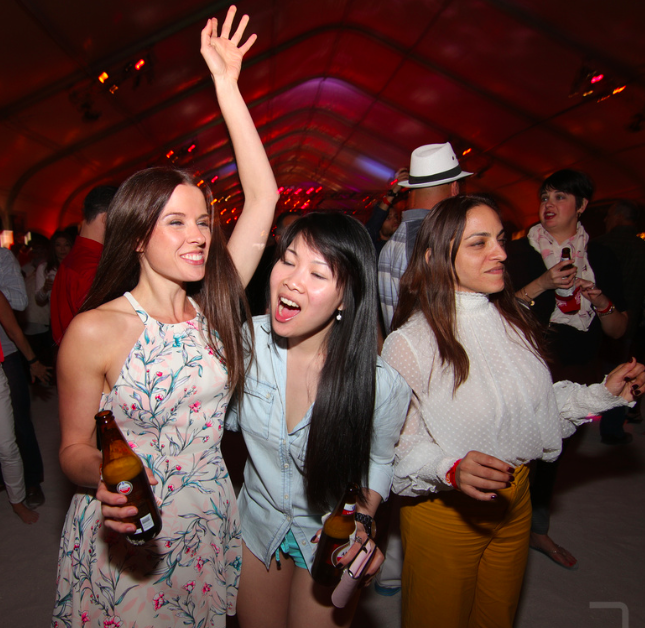 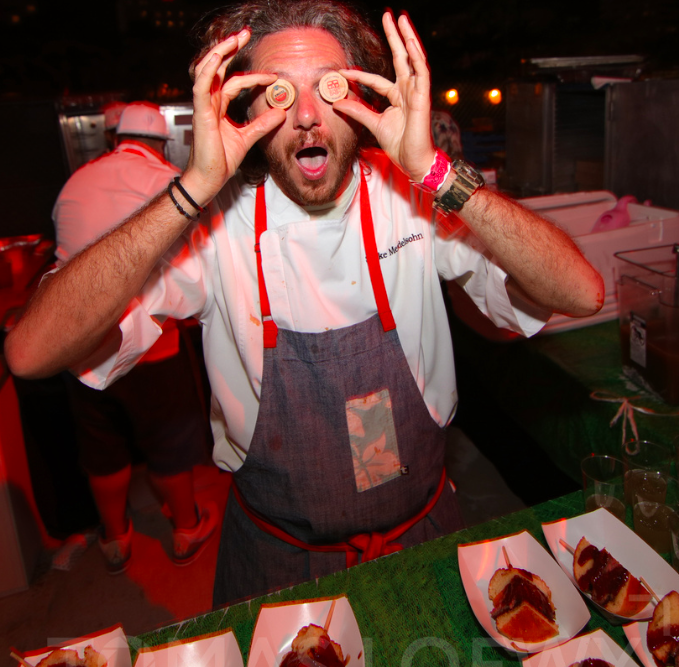 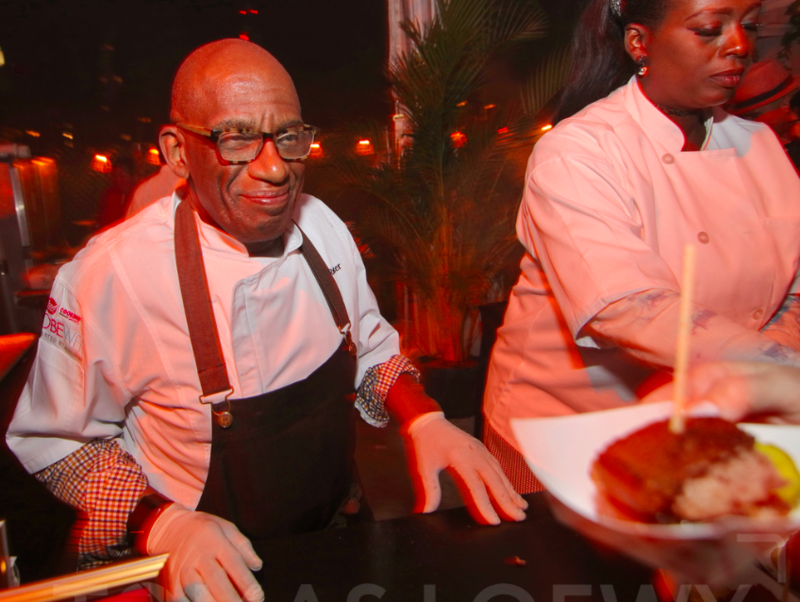 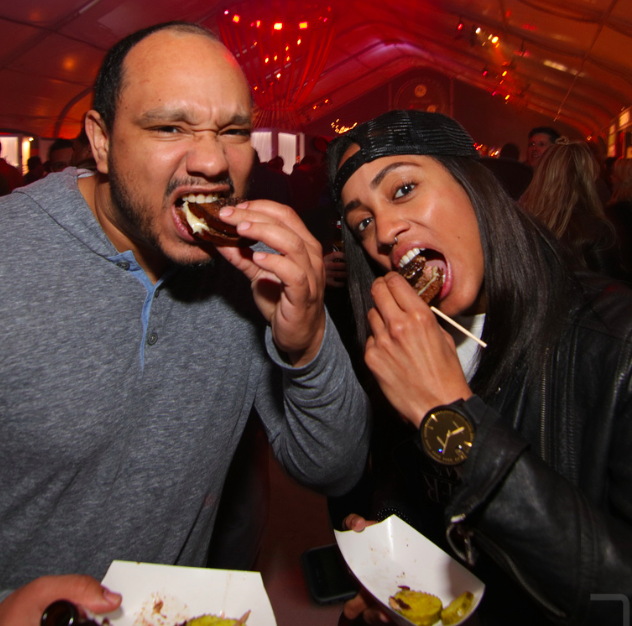 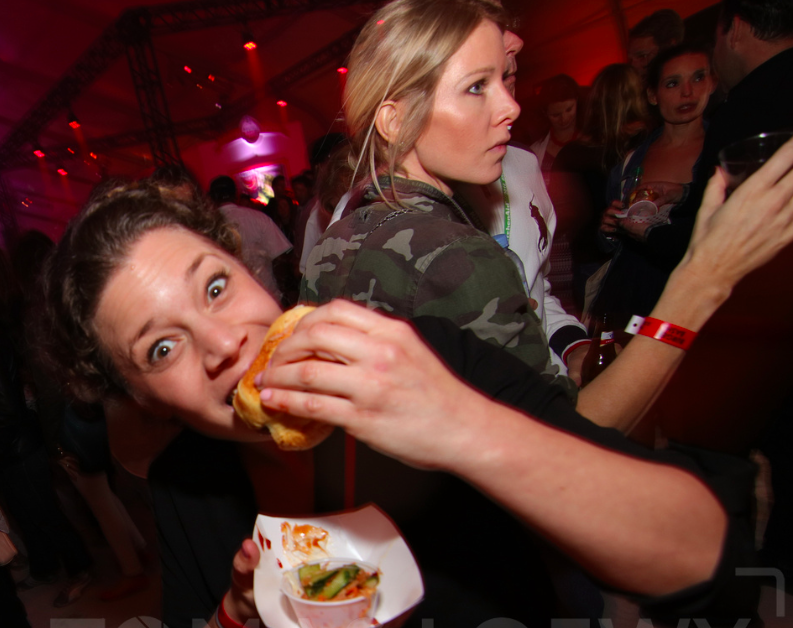 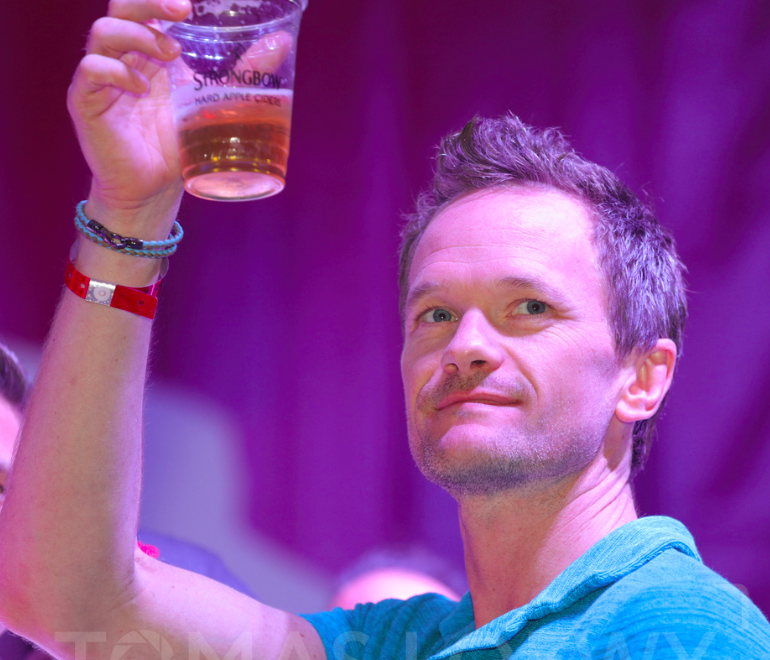