« Getting more done by pretending to be on a plane | Main | Want better work life balance? How to take a task off your plate »

Can you sue a workplace bully?

One of my friends has been complaining to me that she is miserable at work. Her boss has been bullying her. A single mom, she’s in no position to quit her job without finding another and we all know the job market stinks right now.

Last week, I wrote my Miami Herald column on workplace bullying. I received tons of response. It seems on-the-job bullying is every bit the epidemic that workplace experts were telling me it is -- and it's making people miserable. So, I decided to have an employment lawyer weigh in. I wanted to hear some of the questions a lawyer is asked and share the responses. 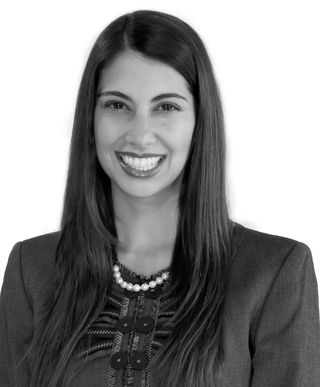 A. Yes, they don’t understand what actionable harassment is. They say “my boss is harassing me’ but when we start chatting, I learn that the boss is a nasty person to work with, but there’s nothing discriminatory or actionable to sue for.

Q. So someone who is bullied doesn’t have a  legal case?

A. Job dissatisfaction is not actionable.

Q. How often to you hear the bullying complaint?

A. Pretty often. However, about half of the people who come for a consultation don’t have a case. I have to explain the distinction -- being treated distastefully by a bad manager is not enough. You have got to more prove more, that there’s some type of discrimination or sexual harassment for it to be actionable. Courts don’t want to manage business disputes and personality clashes. That’s not what courts are there to do. It’s always smart to consult an attorney. I am happy to speak on phone to anyone and give them an honest evaluation. If you feel something is wrong, make the call.

Q. Do you tell people who don’t have a legal case to file at complaint at work?

A. In this market, if people have a job they want to keep it. I tell them there’s no downside to going to HR and registering their concern. But I don’t tell them this person has to legally stop being the way they are. They don’t’ have to treat you sweetly.

Q. What’s the distinction between bullying and gender discrimination?

A. If a woman or a man is doing a job and the boss wants him or her to act in a certain way that has no impact on the job, that’s a problem. If the boss is telling everyone to be more aggressive, then that’s fine. If he’s saying you’re not tough enough because you are a woman, that’s a problem. Also, if you’re making your sales numbers and he’s still telling you to be more aggressive and you’re receiving some type of adverse impact, not getting a bonus, that also becomes problem.

Q. When someone comes to you with that type of case, is it easy to determine whether there’s a legitimate case for gender discrimination?

A. Sometimes it’s borderline. In the cases I have been seeing 50 percent are not actionable. There are cases that are harder and I tell the client it could go either way. To me it could be interrupted as discrimination or just as being a tough boss or bully. Still, it’s always good to get a legal opinion.