« Men, Women, Money, Power | Main | Why You Need to Learn Something New Every Day »

Who knew? Most executives say they have work life balance 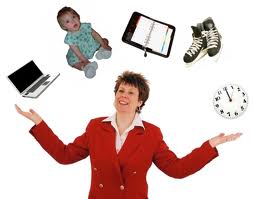 Would you believe that out of 4,000 male and female executives in 31 countries around the globe, almost three quarters of respondents (71%) said they have work life balance all or most of the time. Yes, a whopping 7 out of 10 executives feel balanced, says a survey by Accenture. That's MUCH higher than I expected.

The survey, entitled “The Path Forward, also found only about 41% of executives said their career had had a negative impact on their family and only 42% said they often sacrifice time with their family to succeed. So, if you believe the results, executives are feeling pretty fulfilled with their work and home lives.

The GlassHammer thinks there's something else going on. That there's been an acknowledgement that ‘having it all’ is not a reality. And, that there's a new understanding that balance means there are always going to be sacrifices when it comes to work and family, and that making those sacrifices is okay.

Here's another clue for why so many executives feel balanced: The study showed that many more people are using flexible arrangements at work than ever before. In fact, 59% of respondents – male and female – said they utilized some form of flex arrangement. That's a high number considering these are senior level people.

This confirms what I have always suspected. Give emplooyees control over their work schedules and they'll stick around: While the majority of respondents said they were dissatisfied with their current position (57% of women and 59% of men), most named flex arrangements as a reason they are staying with their employer.