« When TV working moms quit their jobs are they bad role models? | Main | Become a better problem solver in the workplace »

Why we're miserable at work. The reason might surprise you.

Lately, I'm starting to wonder about all the negativity I'm hearing about workplaces.

I've heard employees are whining, bosses are bullying  and workers are completely unengaged.

On top of that, employees are stealing each others lunches, sending curt emails, shooting down good ideas and sometimes even getting violent.

What's going on? Are most people miserable at work?

Of course, not everyone is naturally cheerful. But what's making all of us so unhappy at the place where we spend a good chunk of our waking hours?

A new Study by TellYourBoss.com says our bosses are to blame.

Bosses are leaving Americans feeling unappreciated, uninspired, lonely, and miserable, says the results of the study conducted by Michelle McQuaid, a consultant who offers positive psychology interventions in the workplace.

The study found that:

•     31% of employees polled feel uninspired and unappreciated by their boss, and close to 15% feel downright miserable, bored and lonely.

•     Close to 60% of Americans say they would do a better job if they got along better with their boss.

•     Close to 70% of those polled said they would be happier at work if they got along better with their boss, with the breakdown equal amongst men and women, but younger workers in their 20s and 30s skewed even higher (80%).

•     Over half  (55%) of those polled, think they would be more successful in their career if they got along better with their boss.

Most bosses are never offered training for skills required to succeed in their job...something to think about today, which has been declared National Bosses Day.

If you're not too fond of your boss, it might seem repulsive to kiss up. But you might want to consider doing something to improve your relationship with your boss because it most likely will help you better manage your stress. It may as simple as saying thank you as a response instead of grumble or you may want to consider using one of these 5 tricks to beat a bad boss.

Michelle McQuaid at TellYourBoss.com suggests trying to improve your relationship by telling your boss what your strengths are – the things you like doing and are good at - and suggest new ways to use these in your job.

Readers, what action will you take today? McQuaid is encouraging us to share our National Bosses Day action on social media #tellyourboss. I'm planning to tweet my plans @balancegal! 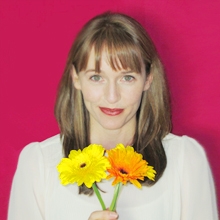