« Working parents speak out about homework overload | Main | Can you do it all in 24 hours? Working mother and criminal defense attorney Alison Triessl says yes! » 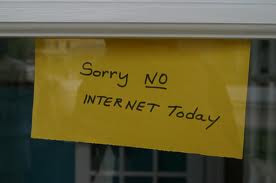 I had an argument a few nights ago with a human resources manager. He had passed by the desk of an hourly worker and noticed she had a screen open on her computer and was car shopping. She immediately switched screens when she saw her manager coming over. But when he walked by again about 10 minutes later, she had returned to the original screen and had gone back to car shopping.

"Can you believe it? he asked me. Then, he told me what he decided to do about it. "I talked to the IT guy and had her Internet access cut off. She's hourly, so I consider what she was doing to be stealing."

I piped in with my strong disagreement of how he handled the situation. "She may be stealing," I said. "But if you cut off her Internet access, she will never put in extra effort again. You've just completely disengaged her."

This isn't the first time that a manager has brought this workplace concern to my attention. Web surfing at work for personal use is a big workplace problem. Some managers are fed up and have resorted to cutting off access for some or all of their employees.

I think you could argue that most jobs were done before the Intenet and can be done without it. However, when it comes to research, turning to the Internet certainly makes some jobs easier.

A manager could look at the situation differently depending on whether he's addressing the concern with a salary or hourly employee.

Most of us who are salaried completely blend our day, regularly switching screens between personal tasks and work tasks -- and we do this on our off hours, too. So, you could make an argument that car shopping at work is no big deal because working at home after hours is no big deal.

Readers, I'd love to hear your thoughts. How would you react if a boss forbid Internet use at the office?