Want to grow your business? Get your spouse on board! 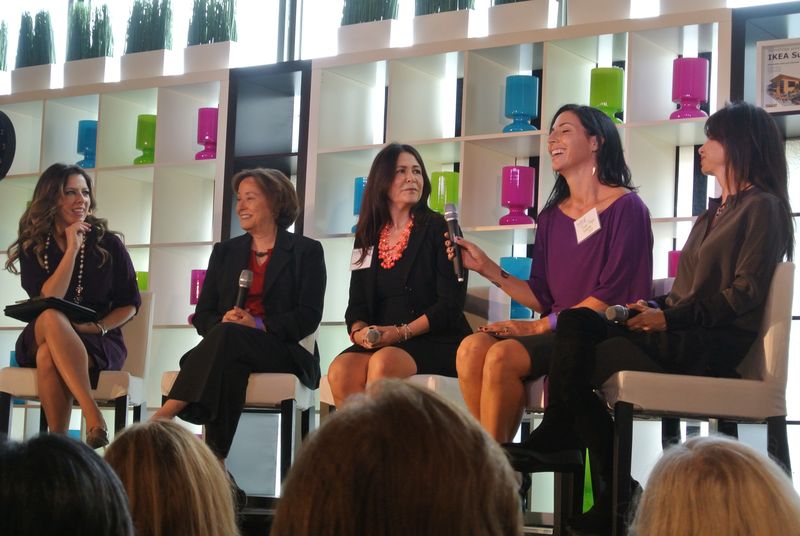 (Above: Panel of female entrepreneurs share tips at the Women's Success Summit in Miami)

Ginny  Simon, mother of four boys, saw an empty nest in her future. So, she became an entrepreneur.

It didn’t exactly happen overnight. But it happened in a big way. Ginny makes organic, gluton-free baked goods. She has landed her products on the shelves of massive retailers such as Fresh Market and Whole Foods. Her volume is so large that she has had to build a 8,500-square-foot commercial kitchen. The idea for Ginny Bakes sprouted from Ginny's consulting business. She started out as a holistic nutritionist and self-professed “health nut” and came up with the idea for her company when she was unable to find baked goods for her clients.

On Tuesday, Ginny and other successful entrepreneurs shared the stage and offered advice at the Women’s Success Summit in Miami. I learned a lot from them as they shared pearls of wisdom with aspiring entrepreneurs:

All of the women said that when you are married, it’s important to get your spouse’s support – and that’s something that may take time. Ginny and Susie revealed their husbands, both lawyers, were reluctant about their ventures, particularly about reinvesting profits. But with success came approval. Both spouses now work for their wives businesses.