Men are from Mars, Women from Venus: How does this affect us at work?

Last week, I had the pleasure of speaking with John Gray, author of Men are from Mars, Women are from Venus.

His new book is called WORK WITH ME:  The Blind Spots between Men and Women in Business, and it applies his expertise to male/female relationships and interactions in the workplace.  His co-author is Barbara Annis, Chair of the Women’s Leadership Board at Harvard’s Kennedy School of Government, and a world-renowned expert on workplace gender issues.  So as you can see, they’re the perfect pair to take on this topic!

I was excited to talk to John about his new book that will be released in May.

John and Barbara have been studying the way men and women behave in the workplace and they discovered that there are big differences that cause us to miscommunicate and send the wrong signals to each other.  A little gender intelligence can help you in your career.

One thing they discuss in particular is how men and women deal with workplace stress differently.  And of course, how this bleeds over in to our personal lives.  John explained to me there are biological reasons why women respond to stress by releasing their feelings and bonding with loved ones, while men either have tunnel vision until they solve their problem, or just ignore it if it’s beyond their control.

Here are a few findings in his book that John shared with me:

* Solving problems and achieving goals in the workplace takes a greater toll on women. Women lack testerone that naturally lowers cortisol levels. When women are stressed, they tend to take on more responsiblities. What they need to do instead, is find ways to de-stress. John suggests women up their romance quotient by planning an evening out. If they don’t’ have partner, he recommends creating an opportunity to feel they are being treated in special way, such as getting a massage.

John explained to me that gender blind spots are ways of unknowingly putting off the opposite sex in the workplace. Here is how to be more attuned to them:

* Questions. Men think women ask too many questions. Men are annoyed by this. Women don't realize men think this way. Sometimes a woman may be making a point with her questions and have no idea she is agitated a male co-worker.

* Appreciation. Women don't feel appreciated in the workplace. Men think they are making a woman feel appreciated, but the women doesn't feel that way. Men need to more effectively communicate a female worker is valued and appreciated. Men need to understand little gestures of consideration make a huge difference to women.

* Exclusion. Women often feel excluded in the workplace when they aren't invited to attend a lunch or join in a conversation. Men don't feel excluded. They don't need an invitation. The concept of being left out does not exist from a man’s perspective. In a conversation, instead of a woman asking, "Can I say something?" just join in.

* Attention. If a man is focused on a computer screen or a project and can't shift attention, women feel offended if he ignores them. Don't. Men don't. Just ask again. A woman might even ask, "Can I have one minute of your time?" Any man will give one minute. .

* Emotion. John and Barbara asked men whether women are too emotional in the workplace. About 90 percent said yes. They asked women if they thought women were too emotional and 80 percent said no. They found when they pointed this difference out, people said it made sense but there are lots of people in academia trying to disprove the obvious truth. Men try to avoid an emotional response but must realize that validating a woman’s perspective is more important than simply agreeing with her or avoiding her

John is convinced that with a little gender insight, men and women can find ways to get what they need from each other in the workplace.

John's website is Marsvenus.com. He says he is available online on weekday mornings from 9 to 10:30 a.m. to answer questions on gender differences. Visit the community board on his website to submit questions. 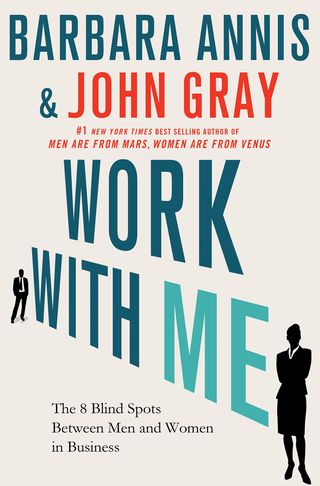