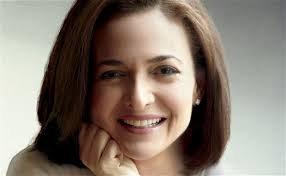 Don't get me wrong, I  love to discuss women in business and work life balance. But I'm absolutely floored by the amount of attention Sheryl Sandberg has received on her new book: of Lean In: Women, Work and the Will to Lead.

She could give all of us lessons in self-promotion on a grand scale. I am officially dubbing Lean In the mother of book launches. Sheryl has been on Katie, CNN, NPR, Nightline, 60 minutes. Heck, she's been on the cover of Time Magazine. My Inbox is jammed with blog posts and commentary about her book...and they keep on coming.

Do you know how many trees I have killed over the last decade writing articles about women who have said the same thing Sheryl is saying in her book? Sheryl's message to women about "leaning in" or putting your foot on the accelerator rather than letting fear about work life balance prevent you from going for the big job is not new one. She has just packaged it differently, given it a catchy title and timed the conversation well. Women are desperately trying to figure out why we haven't gotten further ahead in Corporate America and here's Sheryl ready to speak on behalf of working mothers.

What's amazing to me is that the media can't get enough of Sheryl Sandberg. She's smart, she's well spoken, she's got clout as COO of Facebook and she has a point of view.

A journalist colleague wrote me this email:

I'm listening to Sheryl Sandberg on NPR And thinking: Really? What the hell has changed in the last 30 years, if we're still talking about workplace inequality, childcare, glass ceilings, the imposter syndrome?

I'm in the process of clearing out my garage, and finding feminist workplace manifestos going back 24 years  to the late '70s. I'm reading them, listening to her, and I'm telling you, only the names have changed.

Every generation feels like they're the first to deal with whatever it is (workplace equality, motherhood, sex, child rearing) and they are so wrong.

So now Sandberg has the media's attention and she's making the most of it. You may or may not agree with what she has to say about motherhood, work and advancement but you can't aruge that she hasn't used the media platform well. She has sparked a national conversation about women in the workplace and she's savvy enough to keep that fire lit as long as possible.

TIME’s deputy managing editor Nancy Gibbs asked Sheryl what surprised her about the first few days of her book launch.  "I’m surprised by how much attention and how early it has been,” Sheryl said, noting that the book had only officially come out that very morning. “That hasn’t stopped anyone from having an opinion of it,” Gibbs pointed out. “What I’m concerned about is stagnation and apathy, and if a heated debate around a book is what it takes to spark a conversation, then that’s great,” replied Sandberg.

If you ask me, Sheryl has leaned in and turned herself into a household name. Whether or not you agree with her message about the challenges women face in trying to get ahead, its hard not to see why Sandberg has risen.

Readers, what do you think of Sandberg and her media blitz? Is is she the leader of the next feminism revolution, a marketing genius or both?