« Do collaboration and flexibility go together? | Main | Work life balance is like a visit to the cafeteria »

Women feel unappreciated at work. Here's how to change that. 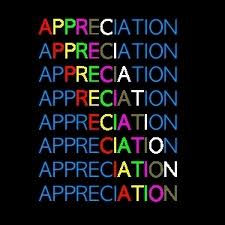 I can't tell you how many times my husband has wanted or expected to be thanked for doing a chore I do on a regular basis. I am one of those women who at times feels underappreciated at home -- even as I try harder than ever to strike work life balance.

American women now are experiencing that same feeling of being underappreciated in the workplace and it's time to do something about it.

Our feeling that we're under valued in the workplace has some substance behind it. Did you know the average female makes an annual salary 25 percent less than her male colleagues?

This strong emotion of feeling that our contributions aren't appreciated may even be behind what's making us stressed -- the APA study found women report much more work stress than men, that their stress has increased over the last five years and that it causes headaches and upset stomachs.

Our big problem as women is that we tend to internalize the stress more than men. As Vivia Chen points out on her Careerist blog, "men have a fight or flight reaction" while women will "shut up and stay put."

If women are feeling undervalued at work, we should speak up. It may sound intimidating but it's probable that the men we work with or for have no idea we feel underappreciated.

John Gray, author of the soon to be released WORK WITH ME:  The Blind Spots between Men and Women in Business, found there's a big gender blindspot around feeling appreciated at work. When he asked men if they women they worked with felt appreciated, the majority answered yes. But when he asked the women they said no. Gray found the standard way of doling out recognition and praise can leave female employees feeling frustrated and overlooked. He also discovered most men are oblivious to the little gestures of consideration that make a huge difference to women.

Some also seem to be oblivious to the big gestures.

Yesterday, a large Miami law firm sent out a press release announcing that it has named 12 new partners. Of those, only three are women. I find this troublesome considering the majority of law grads and new associates these days are women. Do you think the women in that firm feel appreciated?

For many women, this fear of asking for the appreciation we deserve is a problem: we are great advocates for others, but paralyzed when it comes to doing it for ourselves.
Going forward, we have to realize that men are not going to take it upon themselves to make us feel appreciated -- we have to shed our shut up and stay put attitude and ask for appreciation (in pay, advancement and assignments) if we deserve it.
We've slowly begun to change expectations at home, to gain some more appreciation for our contributions. Now, we have to do the same in our workplaces.