Is working harder the answer, or the problem? Ask a workaholic.

Should some of us forget about work life balance and go for financial success?

(My answer to that question as it appeared in today's Miami Herald!) 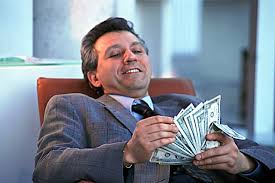 As summer begins, some workers look forward to kicking back a bit. But don’t even think about it if you work at a company where clocking insanely long hours remains a badge of honor and leaders don’t see the value of time on the beach.

Just last month, Ivan Glasenberg, the 57-year-old billionaire CEO of Glencore Xstrata, outspokenly told the media that he is not interested in helping his employees find work/life balance. He touts a tough, old-school 24/7 work ethic as a reason to buy shares in his commodity trading and mining company.

“We work,” he said. “You don’t come here to take life easy. And we all got rich from it, so, you know, there’s a benefit from it.”

Glasenberg, who boasts about his grueling travel schedule, said his company operates a hyper-competitive environment where if someone lets up, they get ousted by the guys below. “Some guy suddenly decides: I want to take it easier, I want to spend more time with the family’… an attack will come. I tell investors, come meet [my employees], and tell me who you think is going to lie at the beach.”

Even in an era of fun workplaces and flexible schedules, Glasenberg has the attitude that working your butt off is a great thing. It’s a formula that has worked for some companies for decades. But is it still what works today? Is working harder the answer to business success, or the problem?

We have seen the business reality: if you have shareholders to answer to, sell time as your product, or run a fast-paced business and want financial success, you give it 100 percent and demand employees do the same. But it’s an approach that comes with a cost, both both personally — in relationships and health — and corporately, when managers burn out.

A new study from Harvard Business Review says putting in more than 70 hours per week reduces work performance to roughly the same level as being inebriated. And a new FSU study on workaholics found that when employees habits fall far on either the low or high end of the “workaholism’’ scale, both the company and the employee are likely to suffer.

In other words, too much focus on work can fry enthusiasm and health. “At some point you are going to burn out, particularly when it’s not a choice,” says Wayne Hochwarter, the Jim Moran Professor of Business Administration in Florida State’s College of Business, who authored the survey.

“When in excessively low or high ranges, both the company and the employee are likely to suffer.”

Still, some leaders believe overwork is only possible if you are not having fun at work.

Advertising executive Jordan Zimmerman, much like Glasenberg, is a self-proclaimed workaholic who has kept up momentum over nearly three decades even when others insisted he would burn out. He believes cranking 24/7 is an absolute necessity in a service business and authors a blog called YouSleepWhenYouDie.com. “We live in a world of immediacy. When a client needs you, you have to be available.”

On its website, Zimmerman Advertising declares that employees work at the speed, velocity and intensity of retail itself. A graphic tracks the weekly performance of its 1,900 employees’ performance from the weekly number of boarding passes issued to staff (307) to the number of antacids chewed (492): “Some call it relentless. We call it a good week,” it boasts.

Zimmerman says his employees must have high energy and be extremely responsive — qualities that are tested during the interview process. “We are looking for people who want the opportunity to grow into a higher position at a faster rate and are willing to sacrifice personal time. They must be available 24/7 and their clients’ business has to become their business.”

As CEO, Zimmerman sets the example. He regularly talks to clients after midnight and before 6 a.m. and lives with a cellphone to his ear, even on the ski slopes. By doing so, he has built a $3 billion empire that has produced some of the catchiest campaigns in the business for clients such as Party City and Papa John’s. “Work invigorates me. I’m passionate about what I do, about making a difference in brands we represent,” he said. After 28 years of working at madman pace, he is still going strong.

Some experts argue that being a workaholic in a competitive industry isn’t a choice. Such is the case in luxury real estate, says Mark Pordes, CEO of Pordes Residential Sales, Marketing and Acquisitions in Aventura. Pordes put in 10-hour days to turn around flagging sales at Canyon Ranch Miami Beach, creating a campaign that led to 300 sales in 18 months. Now, he is applying his expertise and tenacity to the high-end Veer Towers in City Center in Las Vegas.

Pordes says selling high-priced condos and landing customers around the globe means working harder, longer and being available at all hours. If you’re busy having too much of a life outside of work, you could lose a sale, he explains.

“If you don’t respond quickly and accurately, the client is off to the next person. There is low loyalty in luxury sales.”

Like Glasenberg, Pordes believes the job of a company isn’t to help its employees find a work-life balance, but rather to make money. Employees must learn time management and work-life balance skills on their own, he says.

Although he still considers himself a workaholic, he has started to see the toll. A recent hip problem has led him to rethink time management and take an hour a day to exercise. “I’ve learned if you’re feeling better, you will perform better at work.”

In some scenarios, being a workaholic seems to be more palatable. For example, it comes with the territory for small-business owners or managers motivated by a huge monetary incentives. But for those who will never get rich — even working 24/7 — it seem just a question of time until they balk at their work-life imbalance.

Most of us have had weeks, months, even years when our scale tipped far more toward work than life. But when it’s demanded of us relentlessly, there is a point when stamina and payoff erode, research shows.

Wayne Hochwarter, a Jim Moran Professor of Business Administration in Florida State’s College of Business, studied workaholism and found the breaking point differs for each person. However, a signal of a problem is an all-consuming guilt for taking time off.

“A passion for work is great, but when it’s no longer a choice, when work is overwhelming you, that’s different,” Hochwarter says.

Like many former workaholics, Paul Lipton, 68, has realized a work-centric life comes with a pricetag. The former trial attorney with Greenberg Traurig in Miami says he loved his job but now regrets the price for spending long hours in his office and the courthouse.

Newly retired, Lipton says he didn’t realize how much he missed out on personal and family milestones, both big and small. He wants to change his situation going forward and has documented his awakening in his new book Hour of the Wolf, in which he tells others to live life to its fullest.

Lipton understands that success is measured in different ways. For some, it’s money and the elite status that comes with surviving in a Glencore-like work environment. For Lipton, success is now defined in personal fulfillment.

I have to wonder, a decade from now, will Glasenberg feel the same way?