« Increase creativity at work and still have work life balance | Main | Do you fear being without your cell phone? »

Can you work yourself to death? 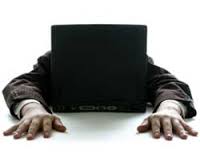 Last week, I cringed when I heard the tragic story of a 21-year-old Bank of America intern. The poor young guy, an intern in the bank's Merrill Lynch investing banking unit was found dead in his London apartment after allegedly working round the clock for three days in a row.

The incident has created a lot of buzz about work life balance and whether it's possible to work yourself to death. It also has raised questions about whether employers need to play more of a role in discouraging an unhealthy work pace.

Bank of America has said  it would be studying how to improve the work-life balance of the institution’s junior staffers, a week after the summer intern unexpectedly died.

Right after the death was announced, an intern at a different investment bank described the toll his daily 12 to 13 hours on the job had taken on his personal life and health: “I don't have time to do much else after work, and when I have a little rest over the weekend, I can feel my heart pumping faster than usual. A standard 6-hour sleep is considered decent around here.”

While it may still be a badge of honor to show such commitment to work, I think employers have a duty to step in when someone puts in night after night of work, with little sleep.

About a year ago, I wrote about a law associate who also appeared to have worked himself to death. The 35-year-old passed away at home after working "maniac hours" at his regional law firm the week before. While the cause of death was not certain, his friends said he was gunning for partner and had been billing over 20 hours a day for multiple days in a row prior to his death. No one had stepped in to stop him.

There's a reason we are seeing so much conversation around the need for work life balance. There are plenty of workplaces with hard-charging, competitive cultures. But we are seeing that maniac work schedules can't be sustained. You CAN die of overwork.

To its credit, Bank of America isn't taking this death lightly. It has told The Huffington Post  it will be looking at, among other things, whether its interns and other junior employees are encouraged to work overly long hours or are pushed into unhealthily competitive environments as they vie for a limited number of jobs.

Someone needs to teach young workers that it's a combination of work ethic and results that count -- and that there are ways to impress with quality, over quantity.

Nathan Parcells of InternMatch.com, an online community that links employers and potential interns recommended Bank of America give interns and young employees more access to senior mentors: They can still remain a very competitive culture, and provide better expectations and goal-setting, and maybe show interns how to manage so that they can get the work done in 80, instead of 100 hours."

To me, the death of this young intern is a real tragedy, but also a wake up call. If it really causes management introspection, then maybe this tragedy can be the springboard for change. Do you think some corporate cultures encourage overwork at the expense of employee health? If so, what would it take to change the culture other than a tragic death?