Would you choose a staff lunch over a bonus? 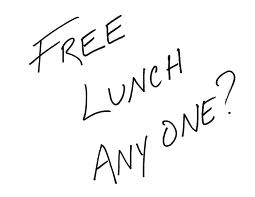 Cash or camaraderie with your co-workers...which would you choose?

Let me tell you about what went on at ShortStack, a company that designs a suite of digital tools to create customized Facebook pages. From its inception in 2011, the founder, Jim Belosic, took the staff out for weekly Friday lunches. One day, the company's CPA told the founder that as staff was growing in number, he would be better off putting an end to free staff lunches and giving each staffer a $3,000 bonus check.

Instead of deciding himself, Belosic asked his employees. The answer, he says, was immediate and unanimous: Keep the lunches. Belosic said it shocked his CPA that his workers chose camaraderie. At the lunches, he says staff mingle in a way they don't get to in the office and that going out allows co-workers more ways to get to know each other.

"You can learn a lot about someone from their car, from the music they have on to whether they have sports equipment or a child seat in the back. One of our lead engineers is very focused. He looks mean, but when you talk to him at lunch, he's a pussycat. People don't know that unless you have those opportunities to get to know each other," Belosic told Fast Company Magazine.

Last week I wrote about how important social interaction with co-workers is to millennials. Some of us older workers want it, too. If I had the choice, I think I would vote for the staff lunches. I love to feel like there's camaraderie in my workplace, particularly because most of us spend more time at work than home. Having friends at work, people you enjoy talking with, makes most of us more likely to stay.

What are your thoughts? Would you rather your boss spend money on creating informal social interaction among the office team, or would you rather have the cash in your paycheck?