« Friends at work, but how about outside the office? | Main | How to be less forgetful »

When wearing a halloween costume to work gets ugly

The costume shops will be crowded this weekend with last minute shoppers. If you're one of those shoppers trying to figure out whether to dress up at work for Halloween and what to wear, be smart about it.

Wearing a costume to work could help you shed your stuffy image --  or it could make you come across as unprofessional.

A lot depends on where you work, what you do for a living, and what costume you wear. A beefy guy in a ballerina costume in a conservative workplace? That might be frowned on. Dressing up as a hooker or sexy cat? That just gives grist to the office gossip mill. Years ago, one of my co-workers dressed as a penis. What was he thinking? It became the reason he was called Dick the rest of the year.

I once had a boss who wore a cat suit to work. He thought he looked cute but the costume revealed way too many bulges and he looked bizarre. That was a tough image for me to shake -- even when he wore his business suit the next day.

On the other hand, dressing up (tastefully) shows you have a fun side and you're more than just business. People like that in their co-workers and bosses.

If your workplace encourages dress up, then you probably should participate. One guy quoted in the Chicago Tribune said  "It really wouldn't look right to see some people doing it and others being completely uncooperative."

If your workplace doesn't encourage dressing up for Halloween, I think it's okay to wear something fun without it being an entire costume...maybe a fun hat, wig or glasses.

A new Harris poll shows half of U.S. adults (51%) feel Halloween is an over hyped holiday and one-third (32%) believe only children should dress up for Halloween. That's two-thirds of adults who don't think they should dress up! Because Halloween falls on a Friday this year, I think you will see more people dressing up at work -- Fridays tend to be casual days anyway. 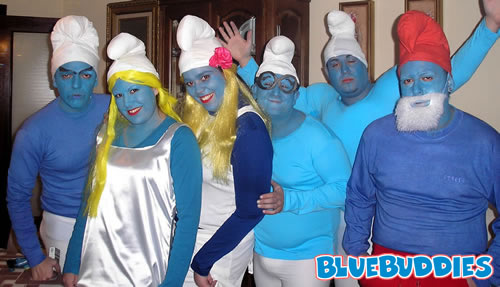