I am stuck in morning traffic. The truck in front of me is dropping pebbles on my car. The guy next to me looks like he wants to kill someone. I am frustrated. It's just another day on Miami roads.

For those of you who commute to work every day, you have my sympathy. The Miami Herald just published a four-part series on commuting. It even profiled some extreme commuters. The upshot: commuting stinks but lots of people do it anyway.

Today, my guest blogger is Zachary Sisco, a Communications Associate at TINYpulse. Zachary shares his experience striking a work/life balance while juggling a substantial commute. He recounts the perils, struggles, and delights of beginning a job as a commuter. He also shares the little inventive tricks he learned for making his commute more enjoyable.

Here is his perspective as a millennial commuter:

About a month ago, I received a job offer from TINYpulse, a passionate team on a mission to boost 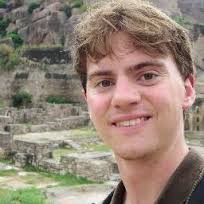 employee engagement (you can check us out here). Upon graduating I had spent months editing cover letters, filling out applications, and going on interviews. Finally things were lining up. The job was right, the culture was perfect, and I’d have the added benefit of going home each day knowing I’d done something good for the world. I accepted the job with little thought and slept well that night.

I don’t recall exactly when the reality of it hit me, but there was a big loose-end I had left untied. I now had a full-time job in Seattle. Somehow then, it seemed problematic that I had no place to live in Seattle. It’s not that I ever had the threat of homelessness looming over me. I’m blessed with a wonderful, supportive network of family in the area. But that was the problem: this network was all around Seattle. Not one of them actually lived in Seattle. I had without much thought committed myself to a substantial commute. And thus my tale begins…

Now the daily commute comes in many forms. Some spend an hour navigating a ballet of tail-lights. Some while away their time staring at the back of strangers heads on a train. For me after arranging to stay with family on Bainbridge Island, I joined the Cult of the Ferry.

The Cult of the Ferry

No, it’s not the cyanide in the punch kind of cult. It’s more like the cult that all Jeep owners belong to. There’s a silent community among ferry riders. It’s never spoken, but everyone on the ferry knows that we’re all in this together. For 80 minutes a day that’s literal. But it goes beyond that. We all know the same struggles that the ferry and commuting brings. It’s a neat feeling actually. But that’s just an aside.

Currently I ride a bus to get to the ferry, then one to get from the ferry terminal to work. I rinse, lather and repeat. My best-case scenario day is 12 hours from door-to-door. But that involves leaving work a little early, catching the perfect bus, and running a few blocks. More often, that number is 13 and another obligation can push it back as far as 15! Quite frankly, it’s exhausting.

No two commutes are exactly alike, so everyone’s little tricks are going to be different. But there are a few pearls of wisdom that I can offer. Anyone should be able to apply these to their commuting experience to tip the work/life balance back in their favor.

Use Your Downtime - Whatever form your commute may take, you’re going to have downtime. It’s entirely too easy to let this slip by the wayside. But this time need not be wasted. If you’re navigating the tail-light ballet, why not put in an audio-book? If you’re really ambitious then maybe a language learning tape is more your speed. Personally, I’m a big fan of reading. If you see me on the ferry in the morning, chances are I have a newspaper in my hand. In the evening I’m turning pages in a novel.

Love the Little Things - This’ll vary for everyone so I’ll just give a few examples from my experience.  First is the ferry-ride...beautiful! Even on a cloudy day, you can adore the slowly approaching Seattle skyline. On a sunny day, Mt. Rainier pops into view and sitting on the deck of the boat is a must. Second, is my bus driver. It’s a tiny thing, but my morning bus is driven by the most wonderfully cheery man. Just greeting him as I pay my fare lifts my spirits a little.

Treat Yourself - Even if you follow all this advice, the truth remains...commuting is just not that great. So be sure to occasionally splurge on yourself. Buy some candy. And if you ride the ferry, they sell over-priced beer. Don’t make it a habit, but a little here and there goes a long way.

I’m new to commuting. But the last month has given me a little taste of what many people do permanently. To those who do my hat goes off to you. Some of you, I’m sure, are superheros who can rise at 4 am with ease. But for the rest of you the true significance of it needs to be acknowledged. If you’re commuting, your days are long and exhausting. And for many, that’s not the end of your day. Utilizing downtime and the other tips I listed can help. But ultimately, the decision whether or not to commute is substantial. When making it, seriously consider the value of your time and energy.

You can connect with Zachary by email at zachary@tinypulse.com or via twitter: @zacharysisco1