« How Should Sheryl Sandberg Handle Grief at Work? Advice from former LiveNation CEO Jason Garner | Main | How being a working mother benefits your children »

More workers than ever are struggling with work life balance 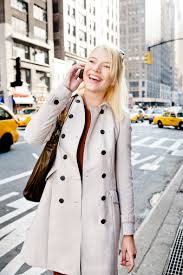 Today, I spoke with a female executive while she walked through the streets of New York on her way to a business meeting. I could hear the horns honking and the street sounds as she explained to me it was the only time she could fit the conversation into her busy day. As it was, she explained, she was already going to have to work late into the evening.

It's no wonder that more than a third of 9,700 workers surveyed by tax and professional services firm Ernst & Young say managing work life balance has become more difficult in the last five years. Here is how and why people are struggling with work life balance:

People are working more. Around the world, about half of managers work more than 40 hours a week and four in 10 say their hours have increased in the last five years. I think that pretty clearly shows the traditional 40-hour workweek is becoming obsolete.

People are stressed. And as people work more and struggle with balance, they are not happy about it. The survey found dissatisfaction highest among white-collar workers in their 20s and 30s who are establishing families at the same time they are moving into management and other jobs that carry more responsibility.

People are struggling. These workers say their salary has not increased much, but their expenses and responsibilities at work have increased. That's making work life balance more difficult to achieve.

Here's a finding that might surprise you: U.S. men are more likely than women to change jobs or give up a promotion for work life balance reasons. Clearly, everyone is struggling with work life balance, not just women.

People are suffering when they use flex schedules. Nearly one in 10 (9%) U.S. workers say they have "suffered a negative consequence as a result of having a flexible work schedule." That rate is higher for millennials, of which one in six (15%) reported either losing a job, being denied a promotion or raise, being assigned to less interesting or high profile assignments, or being publicly or privately reprimanded.

People are encountering work life hurdles. The biggest hurdles faced when U.S workers try to balance their personal and professional lives were: Getting enough sleep, handling more responsibility, finding time for me, finding time for family and friends and additional hours worked.

People are quitting their jobs. EY looked at the leading reasons full-time workers quit. The top five reasons were minimal wage growth, lack of opportunity to advance, excessive overtime hours, a work environment that does not encourage teamwork and a boss that doesn't allow you to work flexibly.

People are feeling the effects at home. The economy caused one in six (15%) full-time workers to get divorced or separated and almost one-sixth (13%) to delay getting a divorce. Nearly a quarter (23%) decided not to have additional children and more than one in five (21%) delayed having additional children.

So what exactly is it that employees believe will help them achieve work life balance? After competitive pay and benefits, employees want to work flexibly (formally or informally) and still be on track for a promotion. The want paid parental leave and they don't want excessive overtime.

Do you think some of those wants are doable? Will it make a difference when more millennials become bosses?

(The Global Generations survey, EY’s second attempt to study generational issues in the workplace, was conducted in the U.S., Germany, Japan, China, Mexico, Brazil, India, and the U.K. In addition to international findings, 1,200 full-time U.S. workers were asked about major changes they have made, or would be willing to make, to better manage their work-life balance, paid parental leave, and couples’ work schedules by generation.)