« Daycare costs more than college? | Main | Yes, you can volunteer and have work life balance »

How to be a Successful Female CEO

If you have never considered being CEO of a company, maybe it's time you start.

Lisa Lutoff-Perlo didn’t always know she wanted to lead a company and now she’s the first female CEO of a publicly traded cruise line, Celebrity Cruises. Lisa said it was a male leader at her company who encouraged her to take on roles she hadn’t considered – including the top job. “At first I only wanted to be head of sales. I never got my dream job but I’m okay with that,” she said. “It took me 31 years to be CEO. If I had dreamed bigger, it would not have taken so long.” 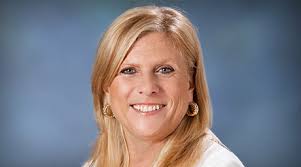 Before Lisa was appointed the first woman president of Celebrity Cruises in December 2014, she was executive VP of operations for Royal Caribbean, which owns Celebrity. She started her career at Royal Caribbean as a sales manager.

“If I could tell my younger self something, I would say, don’t limit what you want to be. Don’t make it be someone else that tells you you have more potential than you think you have.”

Lisa shared her personal story with more than 300 women at Top 50 Women-Led companies lunch sponsored by The Commonwealth Institute South Florida. Lisa believes she is a successful as a female CEO because she brings a level of emotional intelligence to the table. “Sometimes it works to your advantage to be a women and you have to use it in every way you can.”

To me, there is something awesome about the energy in a room filled with more than 300 businesswomen looking to gleam pearls of wisdom from some of the top female leaders in their industries

Let’s just say, no one was disappointed with what a panel of four successful CEOs shared.

Alicia Cervera, CEO of Cervera Real Estate, (also known as the condo sales queen in Miami) has overseen sales at some of the biggest condominium projects in Miami. Cervera said at least part of her success came about because she kept her identity as a woman, rather than trying to carry a briefcase and imitate how men act in business.  “Among all the men in real estate, I represented something different,” she said. Her advice to her younger self and other women: “Have a purpose. That’s more important than a goal. A purpose continues for life.”

Ellen Latham, a founder and partner in Orangetheory Fitness, has steered her company through meteoric growth. “We’re moving at a ridiculous pace,” she said. However, Latham said she stays relentlessly focused on her goal, which has landed her on the top of the list of fastest growing women-owned businesses. By staying focused, Ellen says she knows when to say no and how to eliminate distractions. When she’s not teaching a class, she’s brainstorming fitness routines to ensure consistency at Orangetheory locations. Ellen says for women to be successful they need to have partners in life that support them. “We all need to encourage the men in our lives to get that we’re in the business world and we’re here to stay.”

And lastly, Germaine Smith-Baugh,President and Chief Executive Officer of the Urban League of Broward County,said her boss saw leadership qualities in her that she didn't see in herself. She urged other women to see themselves as leaders. She also said women embraced her when she landed her position -- giving her tips for how to balance work and family (including don't let your husband stand in the corner at a work event) and how to lead with confidence. She tries to do the same for other women rising up the ranks in their organizations.

On Monday, my Balancing Act column had all kinds of tips that women CEOs shared for how they handle work life balance and the 24/7 demands on their time. One of my favorites was from Germaine who said: “There are times when work gets more and there are times when my family gets more — so I do a dance, sometime it’s waltz others times it may be the mambo." 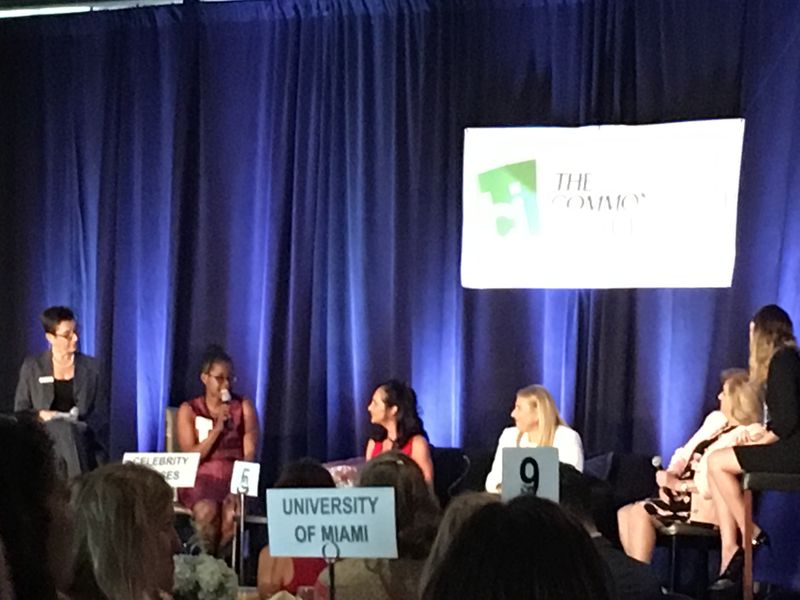 (I took this at the TCI event. Not the best photo job, but I tried!)