As a beer lover, my attention was immediately drawn to the recent headline in The Miami Herald:

I continued on to read the article:

A well-known brewer in Miami’s craft beer scene was killed in a car crash over the weekend.

Piero Rodriguez, one of MIA Beer Company’s founding brewers, was killed in an accident early Sunday, owner Eddie Leon confirmed. He was 34.

“We are completely devastated,” Leon said.

And then, there it was, the paragraph that stood out to me as a warning for anyone who thinks excessive work can't kill you:
Rodriguez had been working double shifts, Leon said, brewing in the morning and often tending bar at the brewery at night to make extra money. Friends feared it might have been exhaustion that forced him to lose control of his late-model Acura on Northwest 33rd Street at the tight curve in the 8900 block, just minutes down the street from the brewery. He struck a light pole, wasn’t wearing his seat belt and was ejected, according to police. He was pronounced dead at Kendall Regional Medical Center at 2 a.m. Sunday.

Clearly, the ironic part is that Piero was doing a job he loved -- he was just doing it too much.

His friends and peers told The Miami Herald It was common to find him at the brewery doing the laborious, scrubbing tanks with punk rock blaring in the background while his son tagged along.

He was living the life he always wanted, his brother Ruy said, albeit cut far too short.

“People should be more positive,” Ruy said, “and pursue their dreams like he did.”

And there, right there, lies the fine line. While it is admirable to pursue your dream and do a job you love, everyone needs balance. Death by overwork is real and it can take your life in different ways. There are health reasons why work life balance is important and repercussions for thinking you can work a little longer or harder before taking time off. Over the years, I've written about people who have dropped dead of exhaustion right at their desks.

According to the Herald, the last thing Piero Rodriguez said as he left work late Saturday night was how much he was looking forward to spending Father’s Day with his young son.

He would never make it home.

That's a cautionary lesson for all of us. Sending my prayers to Piero's family.... 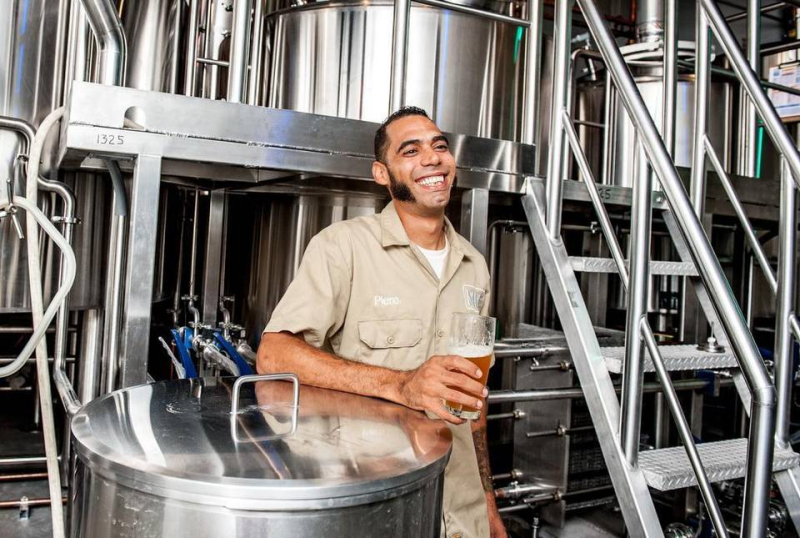