« Do we work as much as we think we do? | Main | A Back-to-School Tip for Working Mothers (and Fathers) »

How to survive political discussion in the workplace 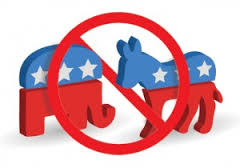 Your co-worker mentions that he's a big Trump fan and went to the rally over the weekend. You're repulsed but you have to sit next to this guy every day. Do you engage and ask him why the heck he would support a guy like Trump? Do you tell him not to mention politics at work?

Drawing the line between work and politics can get tricky with the November election only months away. With new election developments daily, political discussions in the lunchroom, parking lot and office cubicles are inevitable. So how do you navigate workplace discussion knowing the election will soon be over but your co-worker will sit next to you for months and years to come?

Here are a few ways to approach political conversations at work:

Take a cue from the top. In some offices, managers have made employees remove buttons and stickers on cubicles in support of a candidate, or discouraged workers from political talk on the job. In other workplaces, managers are comfortable with respectful debate about personalities and issues and encourage workers to stay abreast of current events that could affect business.

Think carefully before you speak. Longtime Florida lawmaker Elaine Bloom, now president and CEO of Plaza Health Network, the largest nursing home network in Miami-Dade County, says in her daily interaction with executives and healthcare workers she often gets asked her thoughts on a political issue or candidate. “I have to be very careful,” she says. Sometimes, she will clarify a fact or give her opinion, but make it clear that she doesn’t expect her staff or nursing home residents to agree with her view. Sometimes, she will discourage the conversation if she believes it’s going to create hard feelings. “I’ll say something like, ‘Let’s leave the political discussion for outside the workplace.’ ”

Speak up. If you feel bullied or harassed or can’t get your co-worker to stop talking politics, it's time to mention it to a manager. “These conversations could drag on for hours and become a productivity issue. When voices are raised, threats come out, or it becomes a distraction, a manager needs to step in," says Edward Yost, director of employee relations for the Society for Human Resource Management.

Agree to disagree.  If your colleague mentions he supports Marco Rubio for Senate and you despise Rubio, you may want to give your perspective but agree to disagree. It's difficult -- if not impossible -- to change someone's political opinions so the best approach is to verbalize that you don't see eye to eye and that it's okay to have perspectives. The key is to stop the conversation before it gets personal.

Think long term. If someone sees a bumper sticker on someone’s car or finds out a colleague is campaigning for a candidate, it's easy to make a snap judgment about a co-worker’s beliefs and even cast someone as prejudice. But remember, you are going to be working together after the election and it’s not smart to damage a cooperative working relationship.

Use caution on social media. If a supervisor touts his political views on Facebook where a staff member can see it, that could be considered harassment, says April Boyer, an employment attorney at K & L Gates in Miami . “It’s possible the employee could come in and complain. These are complicated issues to work through.”

For more on talking politics at work, read my column in The Miami Herald.