Patrick Dempsey On How to Set Marriage As a Priority

One of the most difficult things in a romantic partnership is staying on the same page throughout life, particularly as we navigate work life balance. Sometimes as you go through phases of life, your priorities are different from your significant other's, they just are. And that's when keeping the relationship strong gets tricky.

I loved the interview with Patrick Dempsey in People Magazine that addressed his struggling marriage and how he has worked on keeping it, rather than giving up. 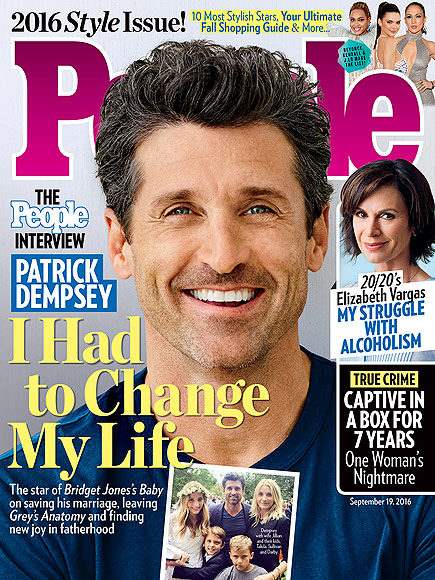 Here are a few quotes from the interview that spoke volumes about setting priorities:

"It's always destabilizing when you're potentially breaking up a family or you have a big section of your life that's ending. Everybody has their own path," says Dempsey, 50. "Jill and I decided it was time to work on our issues and improve. We wanted to be role models for our kids like, okay, if you have differences, you can work them out."

People explained that Dempsey, who left Grey's Anatomy in April 2015, also began to pull back from his passion for car racing, in order to devote more time to his family.

"You can only do one thing at a time and do it well," he says. "I [learned] to prioritize. Our union has to be the priority. I wasn't prepared to give up on her and she wasn't either. We both wanted to fight for it." "

Now, Dempsey refers to his marriage as a "new beginning," and says he's learned what it takes to keep his relationship strong.

"You've got to keep at it," he says. "You've got to communicate, and stay open and not get lazy. And not give up. And lots of sex!"

By the way, Dempsey is in Bridget Jones's Baby, out Sept. 16.