« Post Election: What to Say To Your Daughter | Main | How to stay relevant at any age »

How to Tap the Working Mothers Network 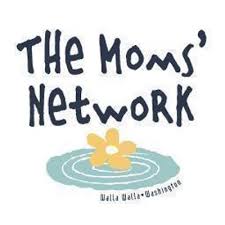 One Saturday my editor called while I was shopping with my young children in the dollar store. He had questions in an article that was going to run on the front page and needed answers immediately. To be able to pay attention and give him the answers he wanted, I had to keep my children occupied and in my eyesight. So, I let them pull all the toys off a rack. Off the fell onto the ground in a big pile while my children were delighted.

It was an awful parenting moment that was punctuated by dirty looks from other customers. However, after a short while, a woman saw the distress on my face and began to engage my children in conversation while getting them to put the toys back on the rack.  When I eventually hung up the call and thanked the woman, she dismissed my attempts at gratitude and said, “I understand. I’m a mom, too.”

I have thought about that woman a lot over the years when I hear or see moms judging other moms. It’s easy to say, “I would never let my kid do that” or “What kind of mother is she?” but it’s much kinder to be empathetic and help another mother out. . At some point, almost all working mothers for working too much, or for not knowing about something that was going on with our children that we should have known. Those are the times when we need someone to tell us “I understand, I’m a mom, too."

For me, balancing work and family is about doing my best on any given day, whether or not my best is what someone else thinks it should be. But I have learned that other mothers can play a huge role in helping me to do my best.

A few weeks ago I interviewed a mother with a special needs son who recently went back to work. As I was talking to her it, she received a text with photo of her son at field day. A mother who was at the school for the event sent it to her. "This is awesome. This is what a moms network is all about," she told me.

While there are official mommie networks in some cities, I find it is the informal ones that most working mother rely on... you know, the mothers of your child's friends, the room mothers, other soccer moms, parents you meet at birthday parties. Every get together or interaction with other parents is an opportunity to build your network.

Over the weekend, I ran into WPLG Local 10 television new anchor/reporter Neki Mohan at an event. Neki has a beautiful and feisty nine year old daughter. Neki told me she survives as a working mother because of other mothers. They drive her daughter places when she needs to work, and she drives theirs when she can. 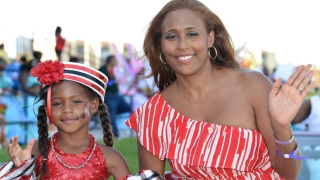 I have tapped into the mom network many times to find out who is the best children's opthamologist or what the standard holiday gift is for a teacher.  I also have given back to the moms network, picking up other children from soccer practice when their parents are running late, or giving suggestions on where to get the right supplies for a class project. To tap the moms network, you need to give as well as take. You need to be that mother in the dollar store who helps a mother whose child pulls toys off the rack, or you need to offer to have your child's friend over on the weekend if his or her parent needs to work. When you are there for other working parents, they will be there for you.

I think we can all admit that raising children and holding a job is exhausting. That is exactly why creating and participating in the moms network can make all the difference between sanity and overwhelm.  Next time you see someone having a working mother moment, refrain from judgment, lend a hand, and offer these kind words, “I understand, I’m a mom, too.” When a working mother asks for help, give it willingly. Next week, you might be the one asking.