« Don't let it end with Valentine's Day! How to fit romance into your work life balance | Main | Tim Tebow Follows His Passion and You Can Too »

Savannah Guthrie is back: What it's really like to return from maternity leave 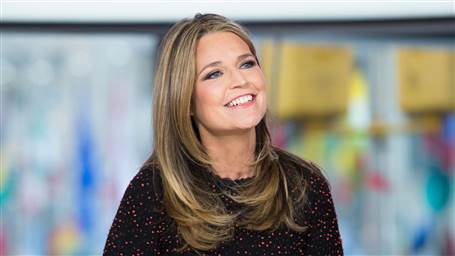 There was a lot of hoopla this morning

on The Today Show about the early return of co-anchor Savannah Guthrie. I happened to be on the Today Show Plaza the morning that Savannah gave birth and the anchors announced the name of her baby, Charley. Everyone was excited for her, including me. For the last few months, all kinds of people have pitched in to fill her spot. Savannah is one of the fortunate women in the United States, who like me, was able to take time off after giving birth to bond with her newborn. She was supposed to return March 3, but because it was such as busy week for the show, and because Hoda Kotb is out bonding with her newly adopted baby and Tamron Hall quit abruptly, Savannah returned early.

As a mother, who made that return to work three times, I know exactly what Savannah is experiencing. Because she loves her job, Savannah understood that duty calls and she was needed at work. In many ways, she was excited to be back. The first day is always exciting. Yet, as a mom, it's also emotionally challenging.

Ahead of her appearance, Guthrie shared an adorable note to her two children, admitting that she was already missing them.

“Missing my babies already. But excited to see everybody this morning on @TODAYshow,” she wrote on Twitter alongside a note that read “Dear Vale and Charley, I will see you home for lunch. Love, Mommy.”

Of course, that's the first day back. Then, comes the second and inevitably, it's much harder. The excitement of being greeted back by colleagues has worn off and the reality sets in. And then, the balancing act hits hard. As one new mom told me who is back at her job in a digital marketing firm "I'm on #teamnosleep."

Whether it's your first time or your fourth, returning from maternity leave will bring on all kinds of emotions and angst. Someone will ask you how the baby is and you will find yourself torn between whipping out your phone and showing him the latest photo, and answering with a quick "great" to avoid thinking about your baby and weeping.

So welcome back Savannah. I know behind your TV smile, some mornings you will be downright sleep deprived and maybe even a bit disheveled. I will cheer you on, and I believe other working moms will too. After all, we've all been there and we've survived -- because that's what working moms do!