« Surviving That Terrible Working Mother Moment | Main | Don't let it end with Valentine's Day! How to fit romance into your work life balance »

If you asked a room of 100 people, it's likely each would have a different answer. And, they should.

For most of us, success is living our life with purpose, knowing what are dreams are, and figuring out how to break through the inevitable inner and outer resistance we will hit along our path to achieve them, says Mina Shah, who considers her success speaking on stage and motivating others.

Over the weekend, Mina, and a dozen other speakers at the 2017 Office Depot Foundation Women's Symposium, motivated more than 1,000 women to define success in new ways.

There is nothing more energizing than being in a large ballroom, filled with energetic women who want to build awesome businesses, reach bigger heights at the companies they work for, or find new career paths that excite them. When I walked into the Kravis Center in West Palm Beach on Friday for the Office Depot Foundation Women Symposium that' what greeted me.

One of the most important messages Mina offered was not to be hindered by our fears or by naysayers, and stop short of our personal definition of success. "Most people work hard enough to feel the pain, but not enough to get the benefit of the reward," she said.

A new definition of success...someone who breaks through doubt.

"No matter how accomplished you are or how much personal work you have done, you'll experience occasional doubt...and that doubt could mean the difference between success and failure," said Karen Pfeffer, co-founder of Fire Power Seminars. Pfeffer said success is pushing past doubt, busting through barriers and moving forward with determination, focused on what you want. She entered the male-dominated field of banking and became the first woman president of the Florida Bank Marketing Association. She now has a successful company that puts on empowerment seminars and does breakthrough coaching.

However, if you think success is only about making money in the for profit business world, think again. Almost any business idea you come up with can be turned into a non profit, and there is a lot of start up capital available for non profits such as grants and foundation money and charitable giving of real estate. Speaker Sherry Watson, CEO of The Power of Purpose, a nonprofit consulting firm, gave an inspirational look into how women are earning good incomes while building nonprofits that better the world. "It's about taking our entrepreneur ways and bringing that forward, bringing solutions." Watson said with a nonprofit you can start a company, and change the world. The steps to building a non profit are on Waston's website: The Power of Purpose. She also suggested www.NonprofitWebclass.com. 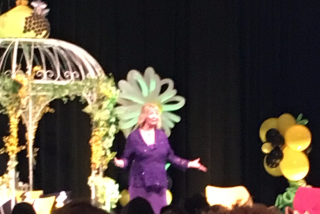 How else are women redefining success?

There are making the right connections, not in the old way, but in a new way.

Kavita Sahai of BIGplans, said early in her career, she saw the power of networking in action when she befriended an administrative assistant, who later persuaded management to give her a job at a private equity firm. "You are one conversation away from achieving your dreams," she said. "Have more conversations."

To achieve the success most of us want, when we have those conversations, we need to be able to fill in the blank: "I'm your go-to girl for ______ " Once we know what we need and what we can offer, success is in our grasp, Kavita said. Now, if there's a woman who has defined success in an intriguing way, it's Vernice Armour, America's first African American female combat pilot, who calls herself "FlyGirl"

Armour went from beat comp in her city, to a combat pilot who served two tours overseas in Iraq. She now is a motivational speaker, pulling in a six-figure salary through her keynotes, group coaching, seminars and executive retreats. Her big message: Who needs a runway? Take off from where you are."

Often, women wait waiting for the right moment, the right circumstances to make their move. Instead, "just move into action from wherever you are," she advises. "In order to be successful, you gotta get gutsy." When Armour realized she had a voice and something to say, she took a workshop on public speaking, and moved into action. Clearly, she is good at what she does. She had the whole room of women cheering, laughing and interacting. 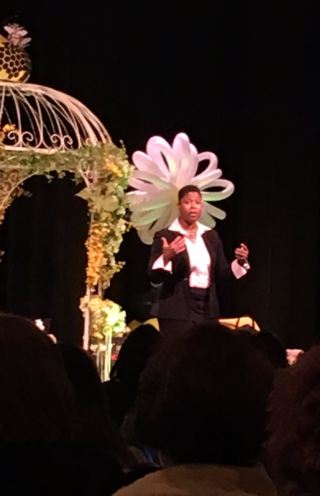 One of the most impressive women who has defined success her way, despite obstacles, is Mary Wong, president of the Office Depot Foundation. Mary suffers from health issues, but pushes forward to accomplish amazing things for the foundation, which gives children tools to succeed in school, among other contributions. Wong sent a clear message at this year's Women's Symposium that today's working women are defining success in new ways and she encourages women everywhere to be A Difference Maker (#diffmkrwomen). 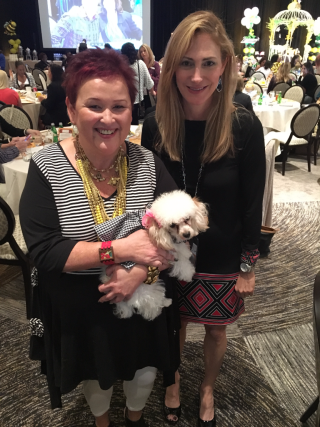