« How to Change Your Perception of Career Opportunities | Main | Whose Career Suffers More From Childcare Responsibilities? »

How to Avoid Judging other Working Mothers? 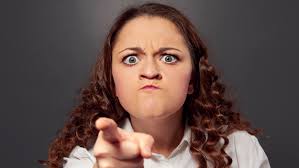 Yesterday I was at the gym when I overheard a conversation between two mothers. One was telling the other that she had just seen her friend Susie was surprised to see her exercising. She whispered loudly to the other: "She's always working. She never sees her kids."

I listened in disbelief. I wanted to shout, "Really? She never sees her kids?" Even moms who work ungodly hours see their kids sometimes.

Maybe the woman does work a lot. Maybe she doesn't see her children as often as a non working mother. But when someone works a lot, exercising is the outlet he or she often needs to be more patient with their kids when they do spend time with them.

If a father was at the gym exercising, would other dads whisper to each other, "What's he doing here? He never sees his kids."

I don't think so.

C'mon ladies we need to stop judging other mothers. In 2015—the year for which the most recent data are available—42 percent of mothers were sole or primary breadwinners, bringing in at least half of family earnings, according to the Center for American Progress. The reality is the majority of mothers contribute significantly to their families’ bottom lines. Along with making dough comes responsibility and long hours, which means more moms must sacrifice time with their families.

It is a testament to the hard work and tenacity of women that they have reached the level they occupy today. The flip side is that while working mothers are traveling for work, attending meetings and landing promotions, more fathers, grandparents and babysitters are picking up the childcare responsibilities and we need to be okay with that without passing judgment.

Yes, some mothers prefer to be at work than be home with their children. Some fathers do, too. It doesn't mean these parents don't love their children. Neglect is a different thing altogether, and I don't condone it. But parents who gain fulfillment from working yet still want to be a good parent deserve more from us than judgment.

Let's let other people choose how they prioritize without judging them.

Let's help other working mothers when we see opportunities.

Next time you're at at the gym and see a stressed working mother who is decompressing, cheer her on. Not only will she benefit, her children will, too. In the end, we all prosper when a working mother succeeds.