« What Equal Pay Day Means for Our Daughters | Main | How to Avoid Judging other Working Mothers? »

How to Change Your Perception of Career Opportunities 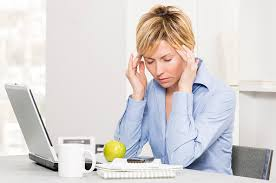 Recently, I was talking to a friend when she blurted out that she wants a new job. "I am mis-er-able!" she announced to me.

She said she has been working long hours and feels like she has hit a dead end at work. Again, she repeated. "I am mis-er-able."

"Don't you have any other options than quitting?" I asked. Her response was a shrug.

A lot of people feel the way my friend does, particularly women, according to CEB’s newly released Global Talent Monitor report.

Are lots of people really in dead end jobs, worried about our future and convinced things are only going to get worse?

The report found that women, slightly more than men, believe that their career opportunities are limited and they believe Trump's policies will worsen their career prospects. ( Particularly policies regarding paid leave, minimum wage and health care) The report shows 27% of women believe that Trump policies will worsen compensation, benefits and career opportunities for them compared to 21% of men.

For those answers, I turned to Brian Kropp, HR Practice Leader at CEB, a best practice insight and technology company.

Brian explained: "It used to be that the reason people quit was because they didn't like their manager. Now it's the lack of perceived career opportunity."

He said many companies are spending money to attract talent and develop their people. They may have no idea their workers can't see a future at their company. He suggests business leaders consider a few actions:

"Businesses need to step up their efforts to show all employees a path," he said.  Of course, then employer needs to help the worker follow that path.  "What we are seeing is that it's hard to make promises when the future is more uncertain than ever."

Brian also he believes each of us can seek career opportunities in our current jobs by taking a proactive approach:

o  Have a thoughtful conversation with your manager about your career path and the opportunities that exist.

o  Create opportunities for yourself by taking risks. A big problem is that men are more willing to apply for a better position when they meet some of the qualifications,while women apply only when they meet most qualifications, Brian said. "Men tend to be  more aggressive in seeking opportunities." In the current political environment, women perceive that opportunities are more limited and are even less likely to apply for reach jobs. They need to get past that way of thinking.

o  Pursue advancement. "Don't let perception be a reason not to pursue something," he said.

Millennials have an even greater desire for a clear path toward advancement, he said. "Often they quit because they want new experiences and they think the only way to get them is at a new company." But before jumping ship, he urges millennials to seek out ways to get different experiences at the company where they now work. He urges employers to make those experiences more apparent.

The CEB report shows employee engagement and intent to stay levels are falling. But Brian believes a few small changes can prevent people from leaving their jobs by helping them see a future at the company and their part in its growth.

What would it take to change your perception and frustration with lack of career opportunities at your current job?