« How risky is it to shop online at work? | Main | Coping with holiday depression and winter blues at work and home »

Holiday Gift Giving in the Office: Dos and Don'ts 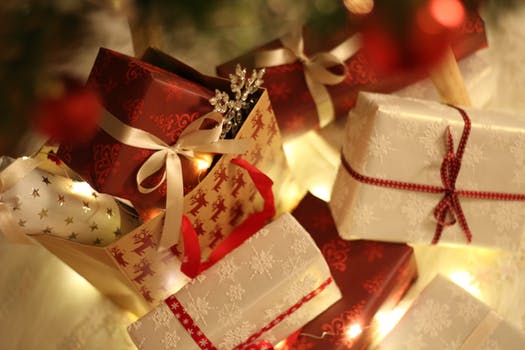 One holiday season, I wanted to give my boss a gift. He had been a mentor during the year and I wanted to show appreciation. So, I gave him a gift card to his favorite store. It wasn't for much, but it was just enough to show I was grateful for his guidance. Still, handing it to him felt a little awkward.

Around this time of year, many people struggle with who in their office to get gifts and what to give them. We don't want to appear ungrateful, nor do we want to look like a suck up. And, we especially don't want to go broke buying co-workers gifts.

A few years ago, I tackled this topic in a Miami Herald column. I discovered the different ways people handle office gift giving:

One day in the company lunchroom, Jason Ibarra and his co-workers had a conversation about what they were going to buy their boss for the holidays. As the agency director at Exults Internet Marketing, Ibarra considered aloud how much to spend and asked: “What do you get a guy who probably has money to buy himself more than I can afford?”

Ibarra solved his dilemma by putting a black-painted jar in the lunchroom at his Fort Lauderdale, Fla., firm. He suggested staff put in whatever they feel comfortable giving for the boss’ gift. They collected $250 and bought the boss a fishing rod, which they presented to him as a group gift for Hanukkah.

Etiquette experts say bosses should give their employees gifts to thank them for performance or dedication, but employees don’t need to give a gift back. In the workplace, giving should be down — supervisors to employees — rather than up.

“Don’t feel the need to reciprocate if your boss is showing appreciation for your year of hard work,” said Amanda Augustine, a careers expert with TheLadders, an online job-matching site for career-driven professionals.

If you do give the boss a gift, do it for the right reason. “If you feel appreciative of opportunities this year to work in your organization and you’re pleased with the way you were treated, it’s nice to acknowledge a supervisor with something small and a handwritten note,” said Alice Bredin, small-business advisor to American Express Open.

A thank you note

Experts say the best gifts are handwritten notes and something consumable, such as a platter or basket of treats. The worst gifts are expensive or too personal, such as jewelry, cologne or intimate apparel.

If you’re giving a gift to curry favor, you might want to reconsider. “If you are not a cultural fit or under-performing, sending the boss a really nice gift is not going to save your job,” said Augustine of TheLadders. “The person is going to feel uncomfortable or offended, and, either way, I don’t think the outcome is going to be favorable.”

Do what others do

If you are new to the company, it pays to do a little research on precedent by asking a veteran employee. “On-boarding 101 is always enlisting someone who can tell you what you will not find in the company handbook,” Augustine said. If there isn’t a gift-giving precedent, she advises erring on the side of caution and especially avoiding giving “up.” Usually giving food -- homemade banana bread, chocolate covered pretzels or box of candy -- is a safe bet.

Secret Santa
Some office tackled gift giving by setting up a Secret Santa where everyone anonymously buys for a co-worker. If your office has this type of gift exchange, it's a good idea to participate. Most office put a price limit on gift giving, typically around $10. If you really can't afford to participate, you can opt out. But that's only in an extreme case. Participating shows you are a team player and solves the dilemma of who to buys gifts. By the way, this year, there are new rules for the office holiday party. To learn what they are, visit my new blog: CindyKeepsUp.com.