« Should career decisions be based on work life balance? | Main | Is Work Life Balance Still A Concern? »

What March For Our Lives Means to Today's Parents 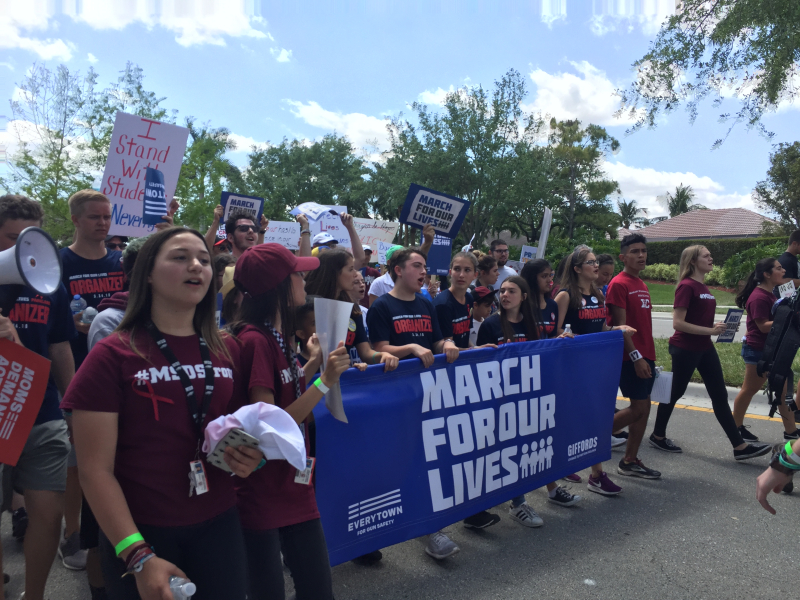 Ask a working parent their top concern and he or she won't hesitate to answer.

They want to send their children to school, go to work, do their jobs, and not worry.

Of course, all parents worry some because it's part of our job description as parents. But what I mean is that parents don't want to worry they won't see their child again when they arrive home from work.

So, when I attended the March For Our Lives rally in Parkland on Saturday, I cried through every speech given by a parent of one of the 17 MSD victims. I could hear the sadness in their voices. The grief.

Today, most parents hold paying jobs. But how can we give work our full attention when in the back of our minds we need to wonder if a shooter is going to come to our child's school and harm our loved ones? How can we do our best at work when we have to be concerned a normal school day will end with us experiencing the same grief I heard in these Parkland parents' voices?

Max Schachter's son Alex, was killed in the Parkland school shooting. He took the stage on Saturday and holding back tears, he shared how his son liked to cuddle, play basketball and play in the school band. When Max went to work on February 14, he had no idea he would never see his 14-year-old son again and told the crowd before him that he would give anything for one more day, hour or minute with Alex. And then, he pledged to never give up the fight for change.

Shortly after Max Schachter spoke in Parkland on Saturday, Tony Montalto, father of Gina Montalto, one of the 17 Parkland school  shooting victims, also took the stage, looked around, and told the students before him, the battle for change is a marathon, not a sprint. But because of all of you, we are seeing steps in the right direction, he said. Then, he told the huge crowd before him that he had been convinced his talented, happy, 14-year-old daughter would do great things and change the world. “In a way, with the help of this movement, I guess she still will,” he said.

Like the students who organized these marches across the country, I have hope. I want to believe parents can one day go to work and cross school safety off their list of worries for their children. To me, that is what March For Our Lives is about for today's parents.