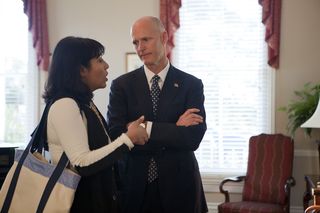 The most influential person in Gov. Rick Scott's inner circle is unknown to most people in Florida, including Tallahassee's political elite who make it their job to know everything.

That's because Enu Mainigi, a Washington, D.C.-based lawyer and the governor's confidante, prefers to stay in the shadows.

Mainigi, 41, is known in legal circles as a brilliant litigator who successfully defended health care companies, pharmaceutical giants, and others against health care fraud, whistleblower claims and shareholder lawsuits. As a young attorney in the powerful law firm of Williams & Connolly, she joined the team representing Scott in 1997 after he had resigned as Columbia/HCA CEO and before the company paid its record $1.7 billion fine for Medicare fraud.

She remained his lawyer, defending him in the contract dispute against Columbia/HCA in 2000, in which he pleaded the fifth 75 times, and in the 2010 whistleblower lawsuit against Solantic, the chain of urgent-care clinics Scott founded and recently sold. Read more. More photos here, courtesy of Scott campaign photographer, Shealah Craighead: 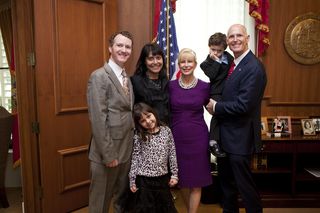 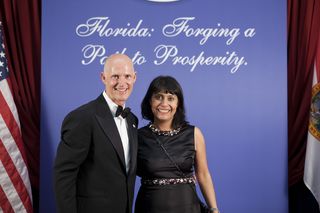 Mainigi and Scott on inauguration night.