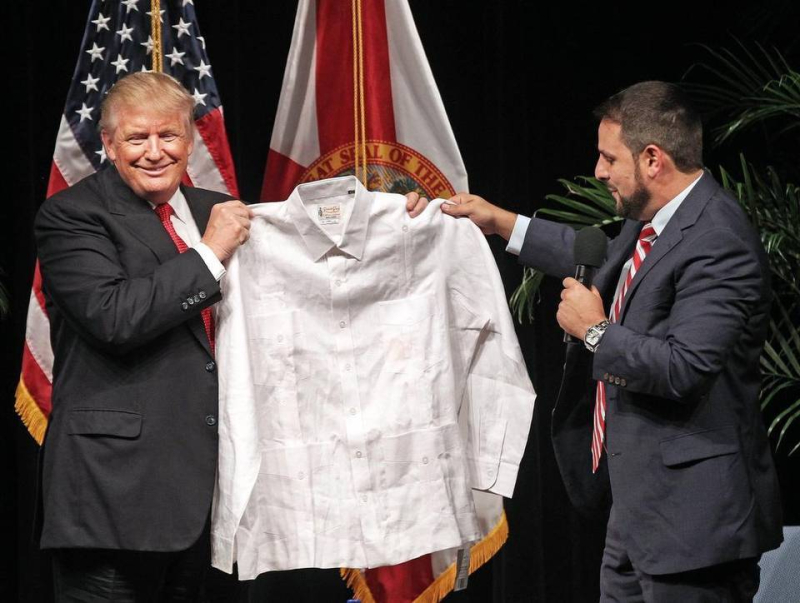 When few Miami Republicans were willing to embrace Donald Trump, state Rep. Carlos Trujillo emerged early and at his side and stayed with him as a top Hispanic surrogate throughout the presidential campaign.

Trujillo, 33, the son of Cuban immigrants, is now being recruited by the Trump administration to serve as ambassador to a Latin American country somewhere in the Southern Hemisphere, the details of which are still being negotiated.

"It's a great opportunity to serve your country,'' Trujillo told the Herald/Times. "It's humbling. But it has to be the right country and the right time."

Trujillo, who is a member of House Speaker Richard Corcoran's inner circle, was recently named to the powerful post of House Appropriations Committee chairman. He expects an announcement from the Trump administration in early February and, if it happens. he will remain in office long enough to serve through this legislative session because of the lengthy vetting and Senate confirmation process.

"Carlos Trujillo was one of the top Hispanic surrogates in the country for the Trump campaign. He was somebody who risked a lot -- because he was in a very swing district,'' said Rep. Jose Felix Diaz, R-Miami, a close friend of Trujillo's and another member of the Corcoran inner circle.

Trujillo was born on Long Island, New York, and moved to Florida just short of his fifth birthday in 1988. He attended Spring Hill College in Mobile, Alabama, where he majored in International Business and was the vice president of the Student Government Association. He received his law degree from Florida State University College of Law in 2007 and served as an assistant state attorney for the Eleventh Judicial Circuit Court of Florida. He started his own law firm, Trujillo Vargas Ortiz Gonzalez LLP.